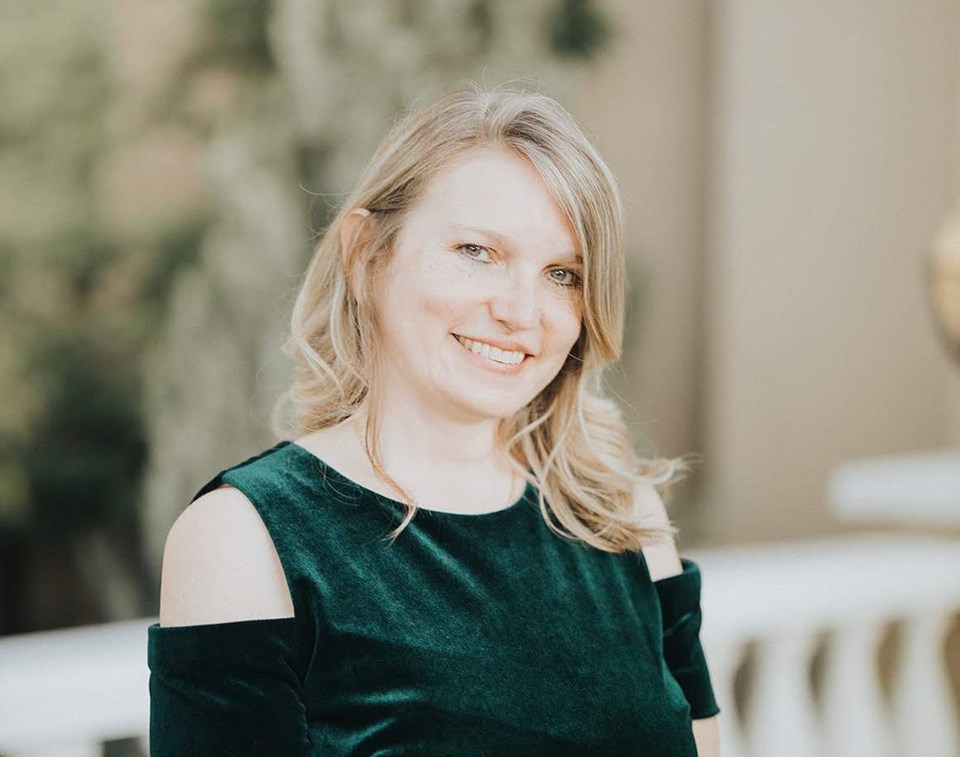 Ireland notes ‘the DHS has been so committed to protecting the right to a sanctuary for the dying that it offered to forego $750,000 in public funding last February in order to operate as an authentic palliative care centre.’ File submitted/Angelina Ireland

Layoff notices are being handed out by the Delta Hospice Society.

In a news release to society membership issued Friday morning, board chair Angelina Ireland said the board regrets taking the action.

Also providing a video for further information on why the layoff notices were issued, the board said it had no choice but to terminate employees at the Irene Thomas Hospice in Ladner due to the Fraser Health Authority canceling their service agreement and 35-year lease.

“Fraser Health is about to evict us and expropriate approximately $15 million of our assets simply because we decline to euthanize our patients at our 10-bed Irene Thomas Hospice in Ladner, B.C." said the news release. "To be clear, we accept that the provision of MAiD is an elective, legal service across Canada. Nothing in Canadian law, however, requires medically assisted death to be made available everywhere, at all times, to everyone. The Constitution of our private Society and our commitment to palliative care, bars us from offering it. Neither the board of the DHS, nor the vast majority of our patients and members want to change that."

Ireland said in the news release that this was not a debate about MAiD.

“A person who wants MAiD can have it at the hospital right next door to us," said Ireland. "This is about the B.C. government destroying a sanctuary for dying patients who want the choice to stay in a palliative care facility where MAiD is not offered. They now find their rights to equal choice being revoked. They are being disenfranchised by the very system they pay for."

Fraser Health rejected a proposal from the society without negotiation, she added.

Society founder and former executive director Nancy Macey added that the health authority also made no attempt to understand its 30-year relationship with the society.

The society remains dedicated to the future of palliative care and is continuing with its supportive care services such as bereavement counseling, the news release adds.

The current board, which took control of the society after a heated annual general meeting in late 2019, is opposed to providing the legal procedure medical assistance in dying (MAiD) at the Irene Thomas Hospice, reversing a decision by the previous board to allow MAiD.

Health Minister Adrian Dix announced last February that the province has given the leadership of Delta Hospice 365 days’ notice that the society will no longer receive funding or be permitted to provide hospice palliative care.

Dix also said the government intends to somehow keep the beds in Delta after the notice period, so that could involve another facility in the community or possibly taking over the current site.

Dix said the province's contract had provided DHS approximately $1.5 million annually, covering 94 per cent of the society’s costs to operate 10 beds at the Irene Thomas Hospice.

It's a facility on land Fraser Health owns. The society raised the money for the buildings from the community.

In response to the latest development, Take Back Delta Hospice spokesperson Chris Pettypiece said they are deeply concerned.

“The DHS Board had a responsibility to ensure palliative care services for our community. They have first failed to maintain key funding and have now failed in their role as an employer.  We now see their priority is not to save palliative and end of life care in Delta,” he said.

“We call on the Province of B.C. and Fraser Health to act now to ensure the continuity of care in our community for those facing end of life. Delta residents helped to build both the Irene Thomas Hospice and the Harold and Veronica Savage Care Centre and they have every expectation that they will be able to access the appropriate care in those sites."

“Our community needs a DHS board of directors who will work to place the needs of patients and their families first and, further, to act as responsible employers to keep the highly-trained specialist staff team in place,” the group states.

The Optimist has reached out to Ireland for further comment as well as Fraser Health, but has not heard back from either one of them.

The Optimist requested comment from Dix last month regarding the province’s plan for the palliative care facility once the funding is terminated in February, but is still waiting for a response.

The current board has been accused of stacking the society’s membership to impose its religious viewpoint, while rejecting hundreds of membership applications by Delta residents who don’t agree with the board.

Pettypiece recently said that of the approximately 6,000 society members, only 2,400 are Delta residents while the rest are from other communities, including other provinces and countries, signed up by the board.

In a recent ruling, the B.C. Court of Appeal found the society’s bylaws include no provision to reject membership applications based on people’s views on MAiD.

The appeal was filed by the current board which wanted to overturn an earlier petition to the B.C. Supreme Court, which successfully halted a planned special meeting by the board to have the society’s constitution amended to become Christian-based.

That petition was filed by Pettypiece, Sharon Farrish and former board president Jim Levin.