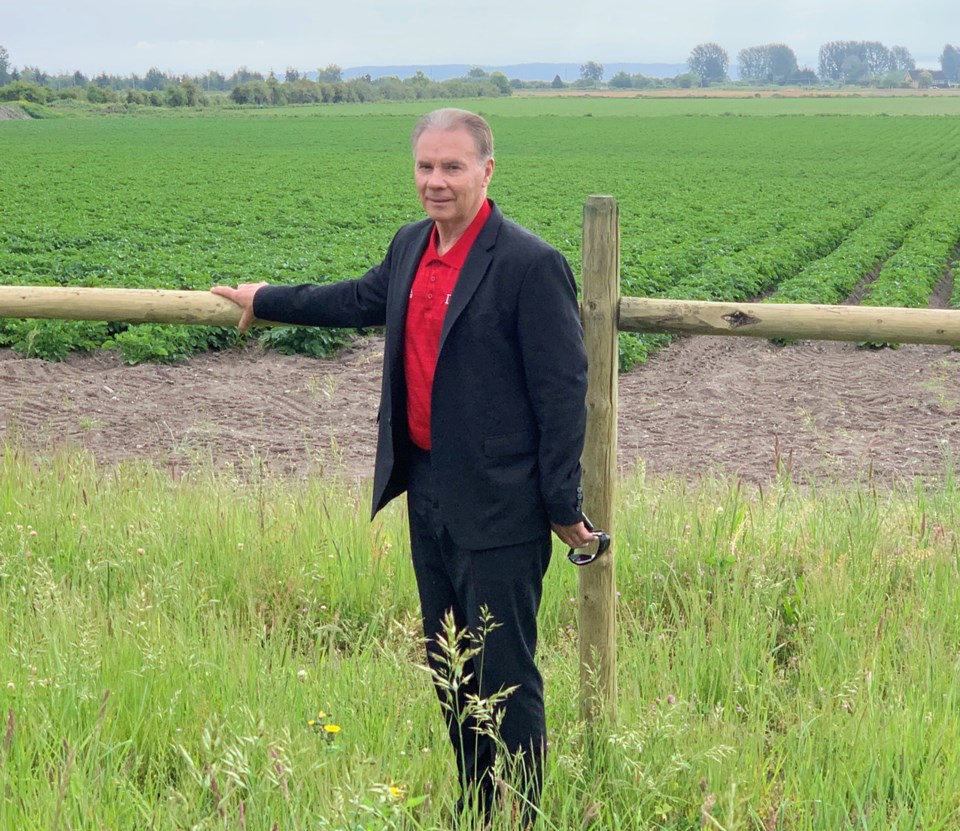 Mayor George Harvie on the Southlands property.Courtesy City of Delta

As part of its commitment to farming, the City of Delta owns a number of agricultural properties that it either leases or licences for farming purposes.

There are currently seven city-owned properties totaling approximately 243 hectares (600 acres) being farmed for soil-based crop production. The leased parcels are found in various locations, including near Boundary Bay Airport and on the Southlands.

The Southlands property was secured through negotiations during the consideration of the Southlands development proposal. As part of its overall development plan, Century Industries Ltd. gave Delta 111.5 hectares (276 acres) of agricultural land, which was then added to the Agricultural Land Reserve.

Delta council actively supports the farming community and opportunities for farming through its stewardship of agricultural land along with other initiatives. These activities take place with cooperation and input from the local farming community represented by the Delta Agricultural Advisory Committee and the Delta Farmers’ Institute.

Delta helps build local awareness and education around agriculture through its website and by supporting programs such as Project Pickle which teaches students how to grow, harvest and prepare food.

The crop sign program, managed by the Agricultural Advisory Committee, has been a popular effort to promote agricultural awareness for several years. The program involves the installation of signs that identify crops planted by local farmers.

Delta will begin updating the Agricultural Plan later this year in order to revise the vision and strategies in the 2011 document that supports agriculture in the community. This important work will consider current day challenges while looking ahead at opportunities to adapt when needed.

Local farmers are involved in the direction and decision-making around these initiatives through the work of the Agricultural Advisory Committee, the Delta Farmers’ Institute and ongoing dialogue with council and city staff.

“Council works hard to protect agricultural land for future generations and to provide support for food security in the community.”