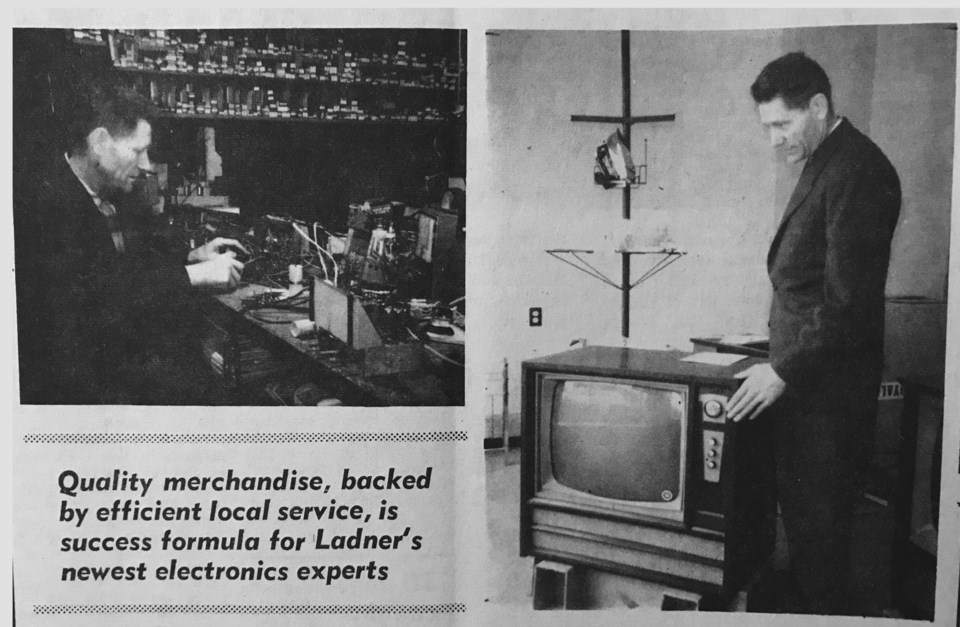 In 1959 Alexander Burns took a course in TV repair, saying the study of it engrossed him for some time.Delta Optimist file

Let’s head back to 1963 and visit another Ladner merchant from yesteryear.

Alexander Burns was the owner of the new Dot’s TV and Appliances, having opened a store with the same name four years earlier in New Westminster.

He took over the Ladner store formerly owned by Watts & Wright Ltd.

“He sells Hoover vacuums, car radios, and all kinds of electronic appliances including the best TVs. The store is open all day every day for calls and service,” an article in the Optimist stated.

When he left the army in 1939, he was given two years to live with an incurable lung ailment, but made a miraculous recovery.

The well-travelled Burns was a former manager of the Prophet Inn on the Alaska Highway as well as a bus driver, among other things.

The father of two said he was looking forward to buying a house in Ladner and taking part in community life.