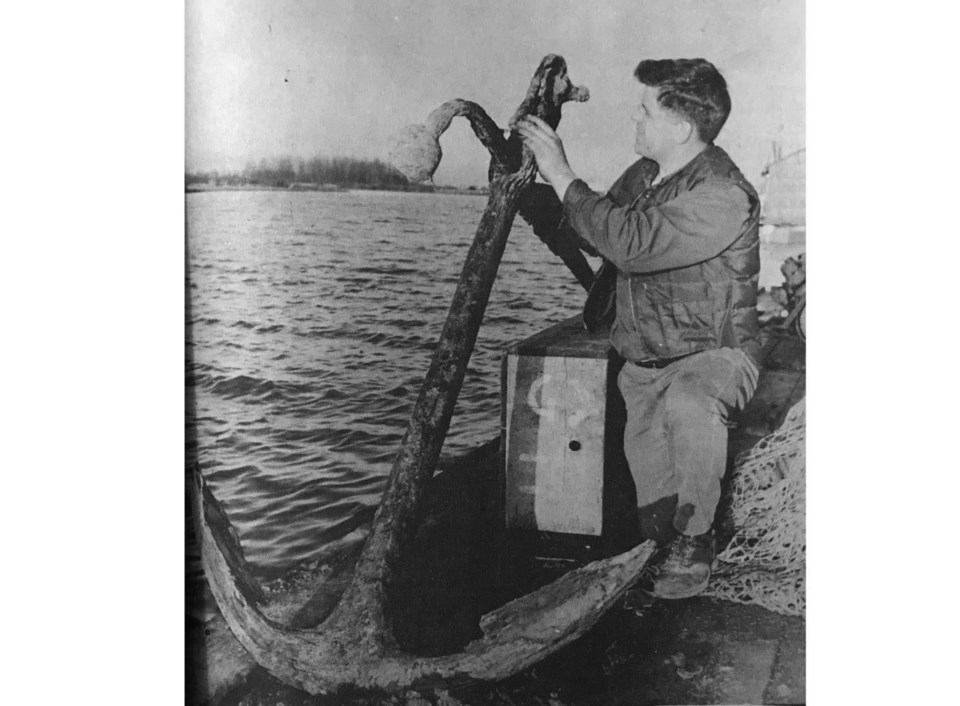 Let’s go back to the March 1969 pages of the Delta Optimist, this time to check out a front page story of an unexpected catch by a local fishing vessel.

The Heather Isles fishing out of Ladner found an anchor believed to be around 100 years old.

The anchor was “caught” in Trincomali Channel where a huge cargo ship was reported to have sunk a century earlier.

The anchor, seen here being checked out by Doug Massey, was offered to the Delta Historical Society.