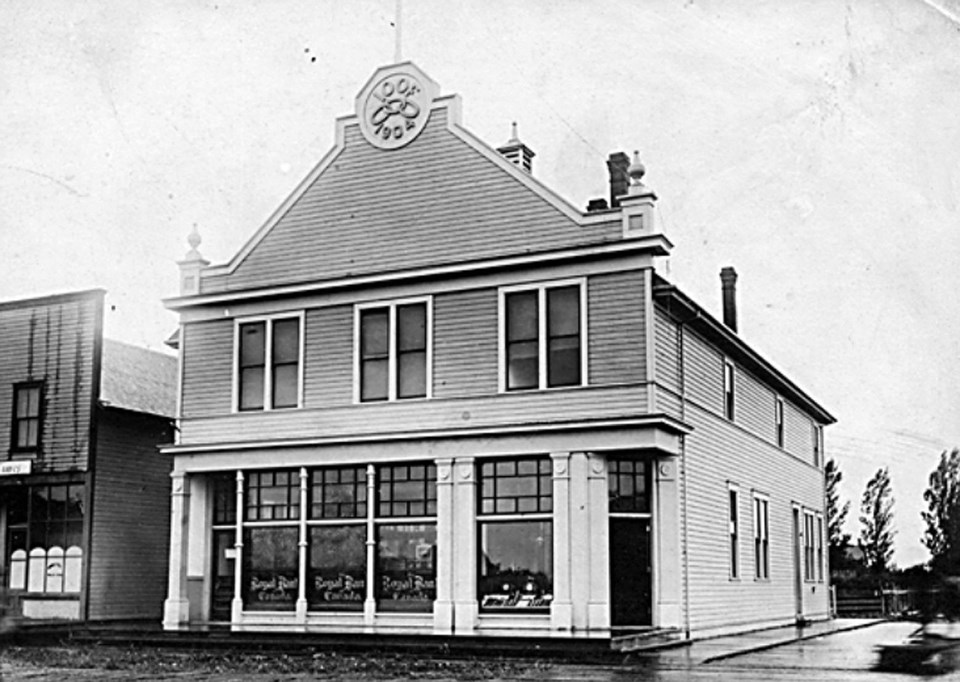 A 1905 photo of the I.O.O.F. building on Delta Street in Ladner. Still standing today, the building housed the Royal Bank of Canada.Delta Archives

Let’s go back in time to March 30, 1922 when excitement ran high through Delta upon news the Royal Bank in Ladner had been robbed.

Thieves had broken into the bank, which opened on Delta Street in 1904, overnight and a considerable amount of loot was stolen.

They had taken bonds and securities valued up to $100,000 by breaking through the 18-inch brick wall into the vault.

H.L. Fraser, the manager at the time, had left the bank at 10 p.m. the night before and it was believed that the thieves watched him leave before making their break-in.

The largest loser was David Leary who lost $13,000 in bonds.

Before they left, the thieves cut a large telephone cable, putting the whole telephone system out of order.

The thieves escaped in a stolen “baby grand Chevrolet” which was owned by Winslow Staples, bookkeeper for the Ladner Lumber Company.

The policeman and thief searched part of the woodland with a steel probe and Owen found what he was looking for, a large jam jar with $84,000 worth of stolen bonds crushed into it.

It turned out that the first solid lead came when some of the Ladner bonds turned up in a Fernie Bank.

They had been deposited by a local man who got them in a car deal in Montana.

A bank in Alberta had been robbed in August of 1922 by five masked robbers, and although police thought both incidents were connected, no further clues were found until a “client” of the police wanted to talk.

His chat told of Reid and his confederates breaking into several banks including Ladner.

Reid pleaded guilty to the thefts but got a suspended sentence for helping the police.

His friends were caught and were imprisoned. One was killed in a later riot.

Reid would go on to invent a so-called unpickable lock and had gone straight.