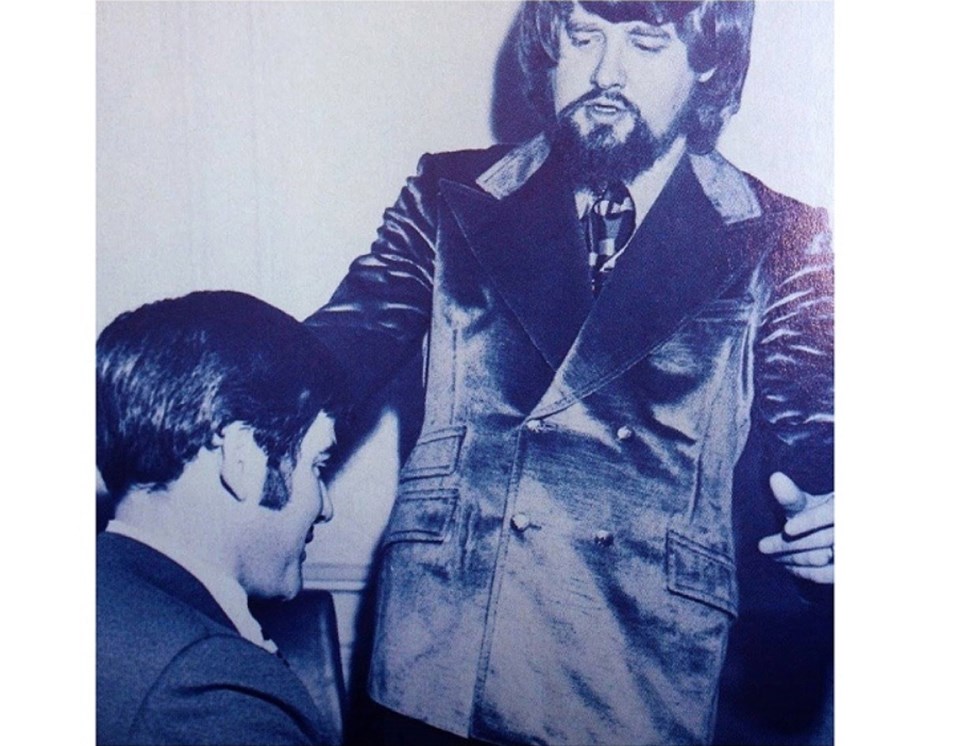 Reveen the Impossibilist, who began his long career hypnotizing people in Chilliwack, B.C., tried to get the Canucks hockey team out of a terrible funk in its early years.Delta Optimist file

As the Vancouver Canucks set to begin their COVID-19-shortened 56 game regular season on Wednesday, Jan. 13th in Edmonton against the Connor McDavid and his Oilers, we thought we’d revisit a potential edge the Canucks from yesteryear once sought.

The Delta Optimist in the early 70's ran this photo of world-renowned hypnotist Reveen, who was hired by the Canucks, trying to help the NHL team in its early years climb out of its big-time struggles.

Here he is with Cracklin' Rosie Paiement.

In 1972 Paiement jumped ship to the WHA.

Reveen, who died in 2013, would go on to entertain millions around the world.