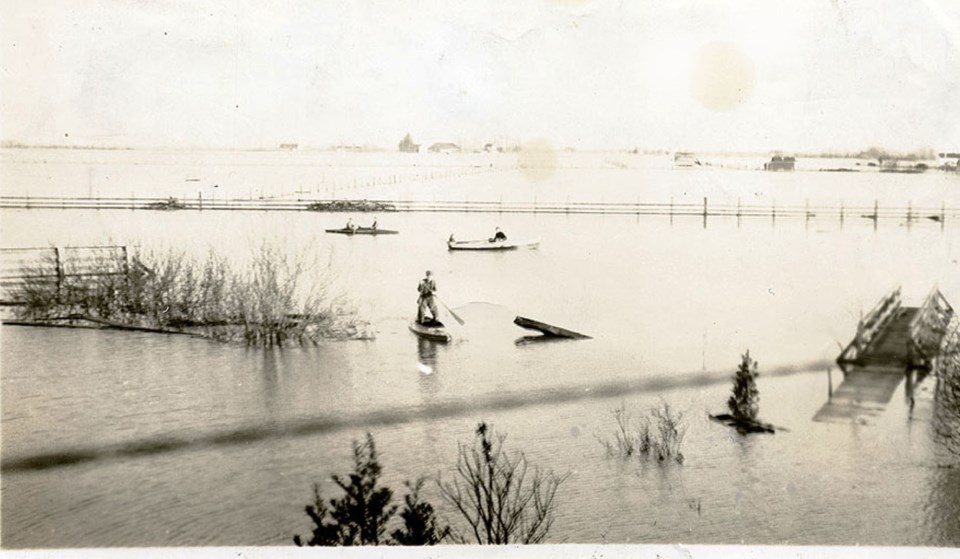 Let’s head back to December of 1933 to check out how Westham Island in Ladner was under water following a break in the dike.

This image was taken from the Tamboline farmhouse looking east.

The Savage farm is on the right and the Swenson farm is straight ahead on the horizon.

Looking ahead, the city will require major upgrades to its entire extensive diking system in the face of sea level rise.

An engineering department report notes the goal by 2050 is to raise the dikes by 0.6-to-0.9 metres, a phased project that will take years to complete.

The report notes preliminary costs estimates for the first phase works indicate that dike upgrades to 2050 could cost more than $350 million.

The dike at several locations including Westham Island was found to not meet the current seismic guideline standards.

Meanwhile, dikes statutory rights-of-ways that parallel the existing dike will need to be acquired with acquisition costs estimated to be around another $10 million.

It is also estimated Delta's dikes need to be raised by at least 1.2 metres or more to meet 2100 projected sea levels.