Hazy future as dredging wraps up 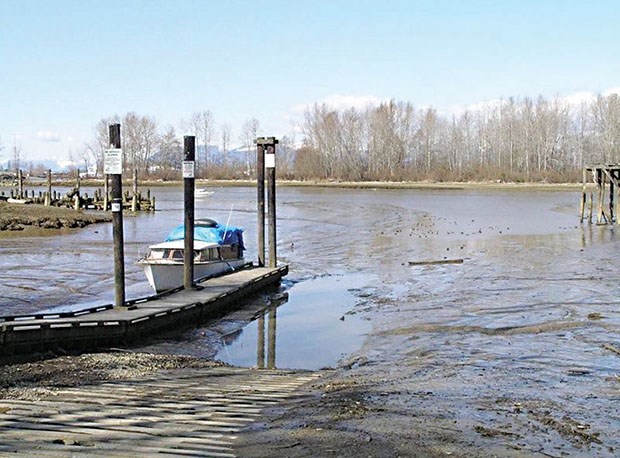 Recently-completed dredging has improved navigation of secondary channels, but there are concerns that without a long-term plan sediment will just build up again.

As the port authority and all three levels of government marked completion of the dredging of the Fraser River's secondary channels last week, others were left wondering what will happen next. Port Metro Vancouver president and CEO Robin Silvester, MP Kerry-Lynne Findlay, provincial Transportation Minister Todd Stone, Delta Mayor Lois Jackson and Richmond Mayor Malcolm Brodie all touted the work done by $10-million program to clear local waterways, which had been filling with sediment for more than a decade.

"I'm proud that Port Metro Vancouver is the first port authority in Canada to provide funding contributions for local communities with waterways falling outside of the main shipping channels," Silvester said.

Findlay called the completion of the project "an important milestone in ensuring the continued accessibility of secondary channels in Ladner and Steveston. "Ladner Harbour, Deas Slough, Sea Reach and Cannery Channel are essential to the economic activity of the lower Fraser River and this dredging work helps sustain jobs, growth and prosperity in our communities," she said.

The Ladner Sediment Group, which has been working to get secondary channels dredged since 2009, is pleased the work, which began last January, has now been completed but is concerned by what the future holds.

"We're certainly happy with what's been done," said John Roscoe, chair of the Ladner Sediment Group, adding that opening up of the Ferry Road boat launch and Deas Slough, both of which were becoming impassable at low tide, will be a boon to local boaters.

Roscoe praised the work done, saying the cleared channels now have open water most of the time, not just at high tide.

Roscoe said the group had initially hoped that some of the $10 million would be used on long-term planning, however, there isn't any money left.

The funding was not enough to even cover all of the planned dredging due to an increase in the amount of sediment and disposal costs.

Roscoe said the group has had some preliminary discussions about long-term planning but has had little response.

"To date, we've really had no response from any level of government," he said, adding it means the group will have to start lobbying for funding all over again.

"It would be a catastrophe if the sediment all filled in again," Roscoe said.

Delta South MLA Vicki Huntington drove that point home in Victoria last fall when she called on the provincial government to come up with a long-term plan for local waterways. She stressed that one-time funding is not enough, telling Stone that a long-term plan is necessary.

Huntington said this week she's had no response from the government.

"So far, nobody's talking long-term plan," she said, adding the provincial and federal governments are walking away from an historic duty.

In September, Roscoe wrote to the B.C. Standing Committee on Finance asking for $750,000 in annual funding to maintain the local channels.

An engineering study has indicated an estimated 48,000 cubic metres of silt will settle in the secondary channels every year. The annual funding would be used to help clear the sediment to ensure safe navigation and assist in flood control.

Until 1998, dredging of all channels was a federal responsibility. In 1999, the port authority took over dredging only the main navigational channel. Since then, silt has built up in secondary channels, wreaking havoc on float homes and making some channels impassable at low tide.

In 2013, $10 million in funding, which included contributions from Port Metro Vancouver, Delta, Richmond and the province, was announced.