A coroner’s autopsy report has revealed that Kyle Losse died as a result of complications due to a stroke. The report was shared recently with the Optimist by Kyle’s parents Niki and Brian who say they were surprised by the findings.
Jul 18, 2018 9:48 AM By: Ian Jacques 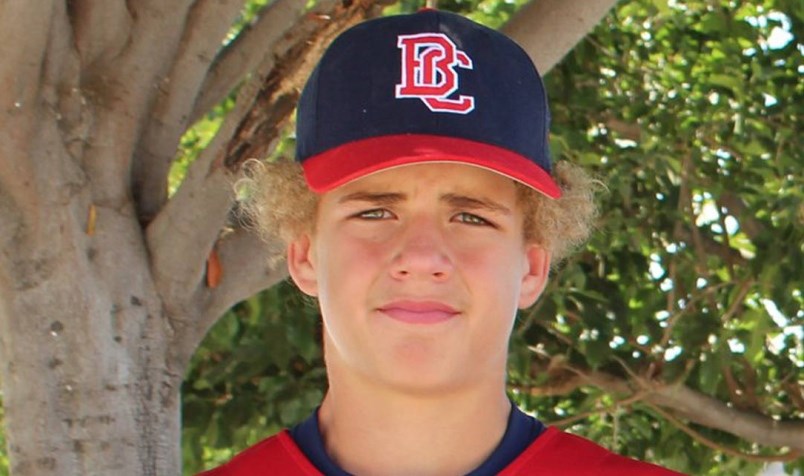 A coroner’s autopsy report has revealed that Kyle Losse died as a result of complications due to a stroke.

A coroner’s autopsy report has revealed that Kyle Losse died as a result of complications due to a stroke.

The report was shared recently with the Optimist by Kyle’s parents Niki and Brian who say they were surprised by the findings.

“A stroke didn’t even cross my mind,” said Niki. “It makes me question the care that we received. How could Delta Hospital release him saying he was alert and talking if he was really having a stroke? He was not alert and not talking full sentences. He needed help getting dressed and walking.”

According to the autopsy report, there are strong suggestions that the stroke was caused due to fibromuscular dysplasia (FMD).

“FMD is a non-inflammatory, non-atherosclerotic arteriopathy that is classically described as a string-of beads lesion on angiography with a cerebral-renal distribution,” said the report. “The historical features of this case show features that would be consistent with the intimal form of FDM.”

On Jan. 21, Niki and Brian heard a loud bang and rushed upstairs in their home to find Kyle on the ground in the bathroom. He was responsive, but weak and unable to stand on his own. Brian picked him up and carried him to the car and they rushed Kyle to Delta Hospital emergency.

He was admitted and remained in the hospital for eight hours where some tests were done and was discharged the following morning seemingly in good enough health to go home.

But his condition soon worsened and he was rushed by ambulance to BC Children’s Hospital where a CT scan showed a significant brain injury that doctors could not explain. He was taken off life support on Jan. 23.

Shortly after his death both the BC Coroner’s Service and Fraser Health launched investigations with the family consenting to a full autopsy, which was performed on Jan. 25 and 26 at BC Children’s Hospital.

At the time Kyle was found on the bathroom floor an e-vape device was found. There has been speculation that Kyle’s brain injury was due to a reaction from nicotine, but the autopsy showed that no nicotine was present in his system.

“He was not vaping and had not been vaping at all because nothing was present in his system,” said Niki. “He probably had it with him because he was hiding it from us. In my mind, I feel like they [Delta Hospital] made an assumption. They assumed it was nicotine and a nicotine overdose, but they never tested for that. I just feel like running that test to ensure that was the cause would have come back negative and they could have started testing for something else.”

Niki said the family has been in contact with the Coroner to ask if further tests had been done could Kyle’s death have been prevented, but due to the brain damage the coroner said they will never know that answer.

“We will really never know if the outcome could have been different, but I feel they could have done more. Checking us out of the hospital and he was having a stroke…that just blows my mind,” said Niki. “There is no history of stroke in our family. It just doesn’t make any sense.”
She said the Coroner has indicated that their review has not concluded and that they continue to be in contact with the family.

Niki said since they received the autopsy report they have not spoken with Fraser Health, but they have consulted a lawyer to determine with legal options they may have.

Fraser Health spokesperson Tasleem Juma said they know this is a challenging time for the family and their hearts go out to them.

“We are awaiting further information from the Coroner’s Service. Our understanding is the investigation is ongoing and any questions about it should be directed to them,” said Juma. “We have been in touch with the family and should they have any additional questions now or following the coroner’s investigation, we would be happy to speak with them.”

Kyle was a popular and promising baseball talent whose death has had a profound impact in the community and throughout the broader baseball community across the province.

He celebration of life following his death drew more than a thousand people to the diamond at Winskill Park, his jersey number 14 was retired by Tsawwassen Baseball at the start of the season and a memorial tournament held during the Canada Day long weekend was a smashing success.