Ladner’s Will Watkins, a retired lieutenant-colonel in the Canadian Armed Forces, believes it’s important that Canada’s humanitarian efforts at the end of the Second World War aren’t forgotten.
May 12, 2020 10:05 AM By: Ted Murphy 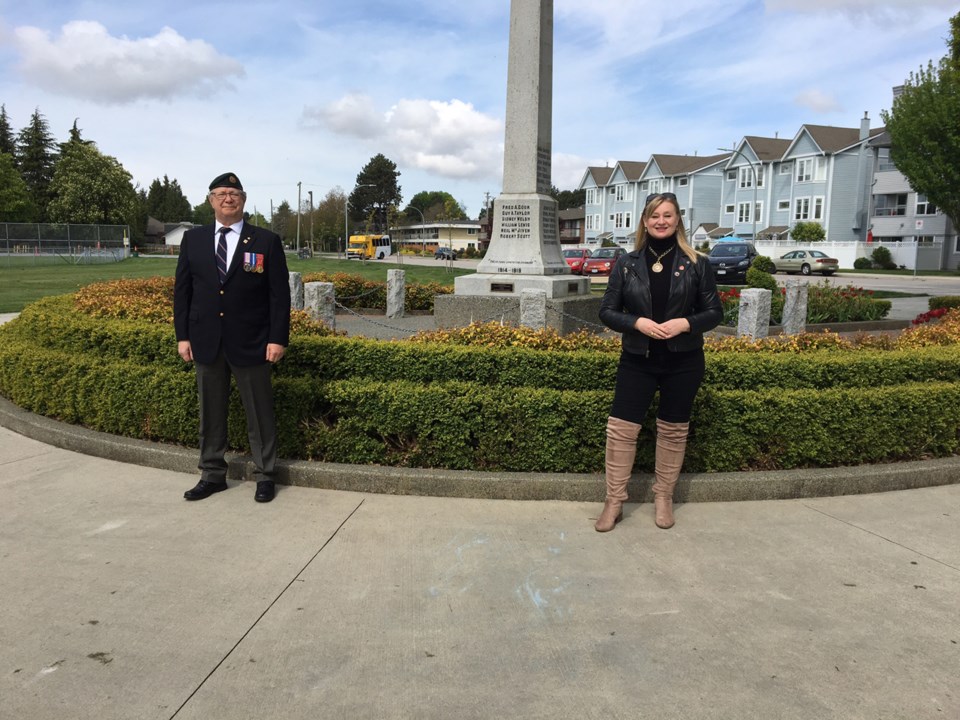 Lt.-Col. Will Watkins is pleased filmmaker Alison MacLean is shooting Op Faust: Hunger Winter of '45, a documentary about Canada’s humanitarian mission at the end of the Second World War.Ted Murphy

Ladner’s Will Watkins, a retired lieutenant-colonel in the Canadian Armed Forces, believes it’s important that Canada’s humanitarian efforts at the end of the Second World War aren’t forgotten.

That meeting of the minds has led to Op Faust: Hunger Winter of '45, an hour-long documentary that looks back at Canada’s role in liberating Holland and bringing much-needed food to a starving Dutch population through Operation Faust.

MacLean was supposed to be in Holland last week to film the many events scheduled to mark the 75th anniversary of VE Day, but the COVID-19 pandemic has put all that on hold for a year in favour of virtual celebrations. The filmmaker and her staunch supporter remain undaunted and plan to have the documentary ready for release by November of next year.

“This (documentary) pays tribute to the fact that Canadians were there for the right reason and we have to remember that,” says Watkins of the massive logistical effort to get food and medical supplies to the Dutch, 20,000 of whom died of starvation as a result of German occupation.

“This put our Canadian values on display on the world stage and set the pace for Canadians as the ultimate peacekeepers,” he says. “The empathy of our Canadian soldiers 75 years ago continues today. We want to show that there is honour in service, we want to bring that back”

MacLean, the owner/director of Tomboy Digital Productions and a seasoned combat cameraperson, met Watkins through other military work and was keen to take on the project when he pitched the idea. Watkins has also been instrumental in raising funds for the endeavour.

She was in Holland last November to begin work on the documentary and planned to spend two weeks there this spring to document as many VE Day anniversary events as possible, but that has now been postponed to 2021 when 75 + 1 celebrations are planned.

MacLean says those she spoke to last fall, including several seniors who were children during the Second World War, have a deep appreciation for the role Canadian forces played in liberating their country.

“When I interviewed Dutch nationals there were such heartfelt feelings towards Canada,” she says. “There was so much pain and suffering (during the war) so they were so happy to see our soldiers.”

Both MacLean and Watkins say that Operation Faust, which followed two less successful efforts by other Allied forces to drop food in northern Holland, is a testament to the ingenuity and compassion of Canada’s military.

“It was a major accomplishment in terms of logistics,” says Watkins.

To watch a promotional clip of the documentary, visit https://www.youtube.com/watch?v=CIJTuxoDiw4.