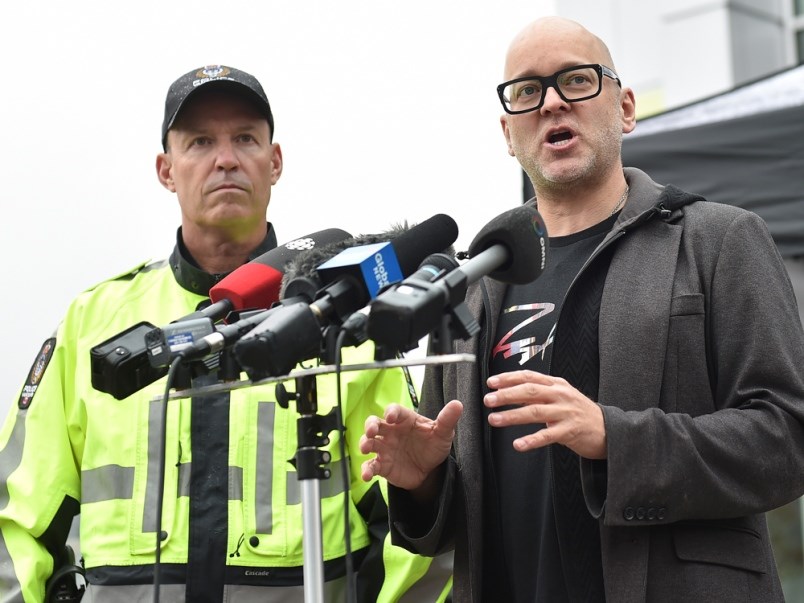 It’s Bike to Work Week and Vancouver police and volunteers will be out across the city this week encouraging bike owners to register their rides with Project 529.

Launched in Vancouver three years ago, the on-line bike registration system is being credited with a 30 per cent drop in reported bike thefts in the city.

Deputy Police Chief Howard Chow noted at a press conference Monday morning that when the system was first launched in Vancouver, the city was seeing more than 2,000 bikes reported stolen a year and that number was growing by about 20 per cent a year. In the three years prior to its launch, reported bike thefts were up by 69 per cent. And police were returned only about 15 per cent of recovered stolen bikes to their original owners, often because there was no way for officers to know who the owners were, Chow said.

“It’s frustrating for victims but it’s also frustrating for police,” he said. “Three years ago we really didn’t have an effective bicycle registry that was getting the information out from bike owners and bringing it back to the police so we could use it effectively.”

On Monday, Project 529 founder J Allard, who also co-founded Xbox, estimated that the program has prevented more than 5,000 bicycles from being stolen.

When it was first launched, Project 529 aimed to register 10,000 bikes. Three years later, more than 70,000 bike owners in Vancouver have signed up and registered their bicycle. Since then the program has expanded to 35 municipalities throughout the province and has spread across North America. It now has more than 800,000 searchable bikes.

The cloud-based system allows cyclists, bike shops and organizations to register bikes, either online at project529.com or using the app, including details like the make, model, colour, serial number and photos. If the bike is ever stolen, the victim can use the app to alert the local cycling community and police.

The web-based database is searchable and can be shared among police forces.

“Delta Police has recently joined Garage 529, kicking this off with an event in North Delta earlier in October where we registered nearly 80 bikes,” said Const. John Jasmins, of the North Delta District Community Police Office. “Registration dates are now confirmed in South Delta – on Nov. 2 from 2 to 7 p.m. at Ladner Harbour Centre Mall on Elliot Street, and from 2 to 7 p.m. in the Tsawwassen Town Centre Mall. Registration is free – please bring your bike and meet our officers and volunteers there.”

With files from Ian Jacques