It’s the end of the road for the Delta Hospice Society.

The province is ending its service agreement with the society, Health Minister Adrian Dix announced Tuesday, saying it has given the leadership 365 days’ notice that the society will no longer receive any funding or be permitted to provide hospice palliative care.

Dix also said the government intends to somehow keep the beds in Delta after the notice period, which could involve another facility in the community or possibly taking over the current site.

Hospice care will be provided until then, assured Dix, saying the province isn’t going to be involved in a debate with the society and is moving on from the situation.

“We have made every effort to support the board to come into compliance and they have been clear that they have no intention to,” said Dix. “We are taking this action reluctantly, and when the role of the Delta Hospice Society concludes, patients in publicly funded hospice care will again be able to fully access their medical rights.”

The Fraser Health Authority’s Feb. 3 deadline for the society to agree to allow MAiD at the Irene Thomas Hospice in Ladner came and went with the society’s board holding its ground, not allowing the procedure and saying it violates their mandate.

At stake was $1.5 million in annual operating funding from the region, which has stated that it expected the society to abide by its contract.

The current society leadership said Delta Hospice never agreed to medically assisted deaths when it signed its contract a decade ago.

Noting the service is available elsewhere, including next door at Delta Hospital, the board pointed out medically assisted deaths are not part of the society’s mandate or constitution, and that the procedure is at odds of the philosophy and approach of hospice palliative care.

In an earlier news release to the Canadian Christian News Service, Delta Hospice Society board president Angelina Ireland noted they asked the government to reconsider the society’s proposal to give up $750,000 in annual funding, so that it not be required to violate its mandate.

By forfeiting that amount of government funding, the hospice would be under the 50 per cent threshold set by the government and therefore exempt from providing MAiD, according to Ireland.

Dix told the Optimist, "It's not her deal to cut."

After the previous board voted to allow MAiD, former board chair Jim Levin issued a letter to members noting that after speaking with palliative care physicians and experts, the decision was made based on the fact that MAiD is written into Canadian law and is widely accepted in hospice facilities across B.C. 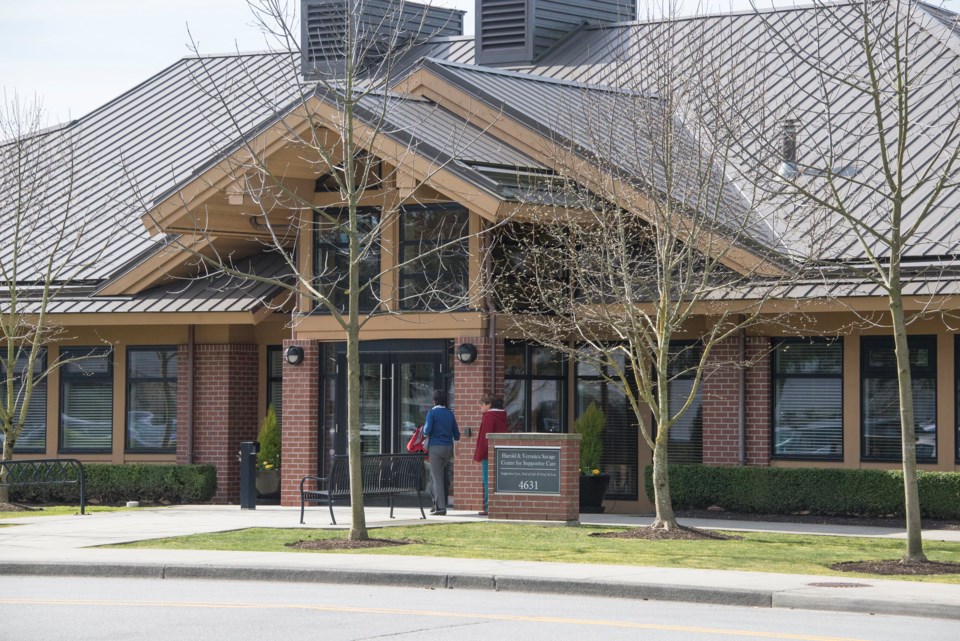 Dix says the province's contract had provided DHS approximately $1.5 million annually, covering 94 per cent of the society’s costs to operate 10 beds at the Irene Thomas Hospice. It's a facility on land Fraser Health owns. He says FHA will use the next year to ensure Delta residents continue to have access to those beds

Those who support MAiD being offered at the hospice say it should be considered as a part of the continuum of care and patients have the right to choose.

Following a heated annual general meeting late last year that saw the shift of power of the board change, the new board reversed the decision made a week prior by the previous board.

It was the second attempt in a month to hold an AGM after the first one, described as a fiasco, had to be terminated.

New society members were subsequently signed up for that second meeting, enough to vote in new board members opposed to MAiD.

Dix said whoever wins “a sign-up battle” doesn’t have the right deny a procedure that is legal and the public has the right to access.

Saying the society board was hijacked by a small group trying to impose their religious views on the community, and there’s nothing in the constitution specifically against MAiD, members of the society opposed to the Ireland camp started a letter writing campaign to Dix.

Dying with Dignity Canada said Delta Hospice should be forced to abide by the Fraser Health policy that MAiD be provided in all non-faith-based facilities under its jurisdiction.

“People who request MAiD are some of the frailest, most physically compromised people in our health care system. They should not have to leave the comfort and security of their hospice beds in order to access their right to a peaceful, assisted death,” said Vancouver chapter co-chair Alex Muir.

The organization says Delta Hospice should put the rights and interests of patients first.

After the last AGM, new board member Randy Scott, as well as previous board member Melissa Granum, quit, while Chris Pettypiece, also in favour of allowing MAiD, was removed by Ireland and her supporters on the board.