A replacement for the George Massey Tunnel needs to be constructed sooner rather than later in order to help reinvigorate the B.C. economy. That’s one of several policy recommendations to the province by the B.C.
Aug 27, 2020 7:00 AM By: Sandor Gyarmati 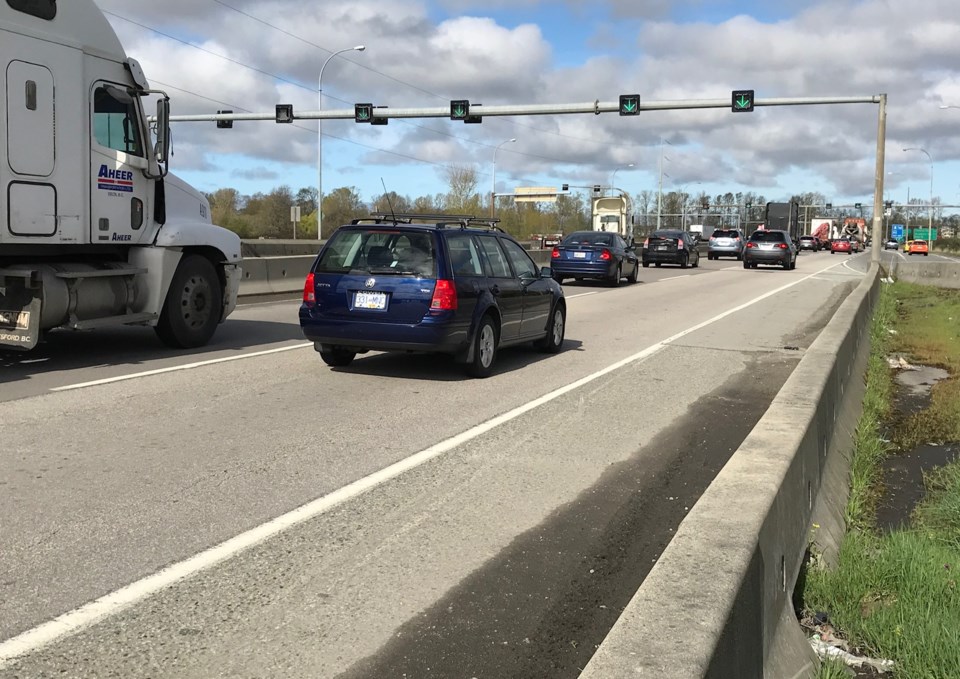 A B.C. Chamber of Commerce report notes that a tunnel replacement crossing is a critical project that should be prioritized and built expeditiously.Sandor Gyarmati

A replacement for the George Massey Tunnel needs to be constructed sooner rather than later in order to help reinvigorate the B.C. economy.

That’s one of several policy recommendations to the province by the B.C. Chamber of Commerce in recent report now made public.

The B.C. economic recovery submission notes that in a time of economic crises, investment in transportation infrastructure, specifically trade-enabling infrastructure, will have a huge impact on citizens and businesses alike in the near term.

The expediting tunnel replacement was listed as a “shovel-ready” project that would provide a short-term economic stimulus and drive long-term economic growth when the COVID-19 pandemic passes and economic supply chains rebound.

The report also notes that, given the facts available, it is unclear how the immersed tube tunnel was seen to be more aligned with the goal of increasing the share of sustainable modes of transportation.

Delta South Liberal MLA Ian Paton on Twitter was quick to agree with the report, saying a replacement for the George Massey Tunnel is the exact shovel ready project needed to help get B.C.’s economy back on track.

The province is working toward developing a business case on a preferred option that will be completed later this year.

The go-ahead to initiate the environmental review for a bridge or tunnel option would happen in 2021.

It was a new 10-lane bridge project with associated highway works which had got underway just prior to the last provincial election and was scheduled for completion in 2022. It was put on hold not long after the NDP assumed power and eventually cancelled following a review.

Consultations eventually began on alternatives with Delta Mayor George Harvie, concerned about the timeline of a new project, forming a group comprised of other mayors to help come up with a consensus and speed things along.

Last year Metro Vancouver mayors voted in favour of an eight-lane immersed tunnel, but the provincial government still had the final say.

Earlier this year at an open house in Tsawwassen, the new eight-lane tunnel option was on display as well as a second option put forward, that one being a long-span bridge with the same number of lanes.

Both options include the closure of the existing tunnel.