The owner of a golden eagle statue stolen in Ladner in a robbery that made international headlines has lost the latest round in an insurance battle. Forgotten Treasures International Inc.
Dec 1, 2020 12:14 PM By: Sandor Gyarmati 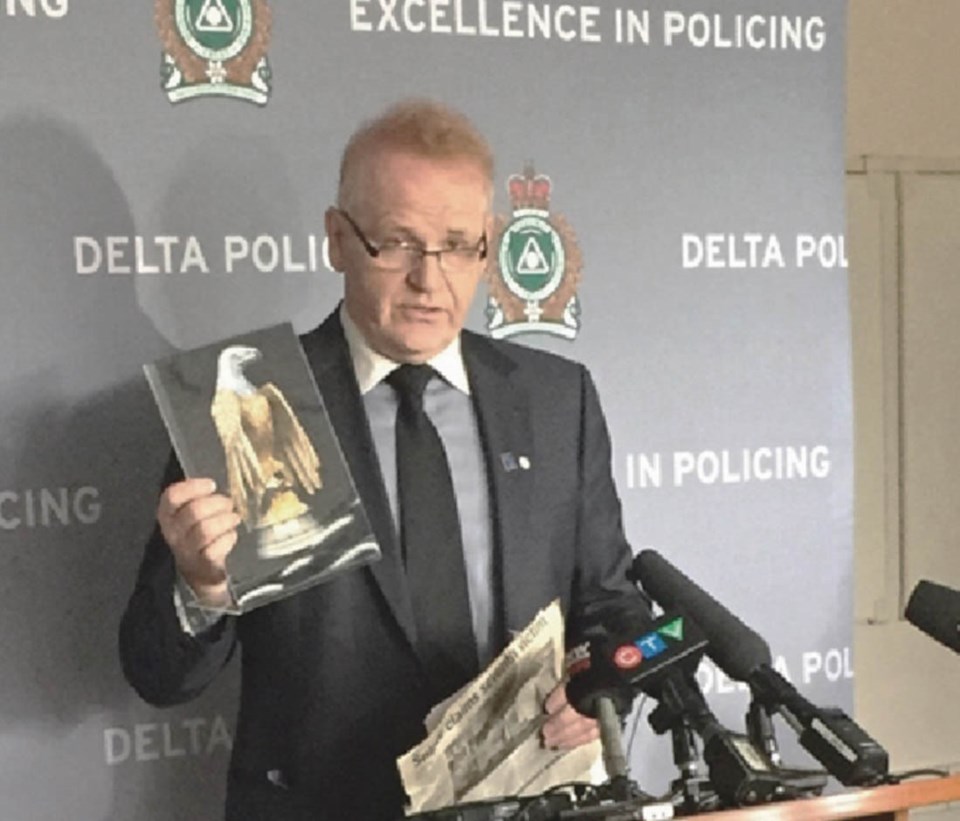 The owner of a golden eagle statue stolen in Ladner in a robbery that made international headlines has lost the latest round in an insurance battle.

Forgotten Treasures International Inc. and its president, Ron Shore, had won a 2018 judgment against Lloyd’s Underwriters and other insurance companies for denying a claim after thieves allegedly made off with a golden eagle statue encrusted with hundreds of diamonds worth $930,000.

In a unanimous ruling issued last week, the B.C. Court of Appeal agreed that the default judgment against the insurer should be set aside.

Lloyd's had denied Shore's insurance claim after the 2016 robbery, arguing he had violated conditions of the policy including that the statue should have been constantly guarded by two people.

Studded with 763 diamonds, the statue was to be a prize in an international cancer fundraiser.

“The focus of the treasure hunt is an 18-pound sculpture of an eagle, made of solid gold and encrusted with 763 diamonds weighing 56 karats,” the claim stated.

Carrying a $1 million prize, the hunt involves multiple locations in North America and Europe, with clues hidden online and in books sold by Forgotten Treasures, which donates the profits to cancer research, according to the company’s lawsuit.

Participants who found one of 12 certificates in the hunt were to be awarded a silver eagle sculpture, the company claimed.

In May 2016, Shore was promoting the hunt at an event in Ladner.

After that event, Shore took the sculpture to his car and was allegedly jumped by thieves.