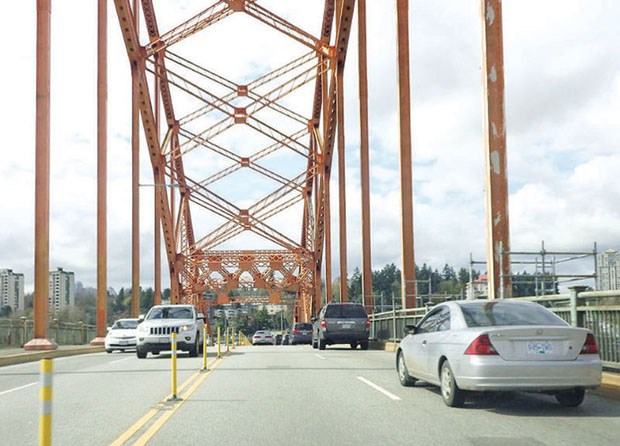 A user-pay system that's not overly complicated can be worked out for Metro Vancouver's major crossings, according to a UBC professor who has studied road pricing and tolling models for years.

Robin Lindsey, a professor in transportation and international logistics at the Sauder School of Business, has examined tolling models around the world, believing a simple solution can be implemented here to help pay for transit and bridge projects. It could also ease congestion by spreading out traffic not only over different crossings but also over the course of the day.

"What arises whenever you talk about this topic is concern about inequity, but if a system is designed properly, you can in principle address that issue. One reason is that you can make traffic flow more efficient and you can also take the toll revenues and use them in ways to alleviate the perceived inequities. One way to do that is cross-subsidize public transit," he said.

Lindsey noted different road pricing systems in the U.S., Europe and Asia have various benefits, including encouraging people to take shorter trips, trips at different times or take public transit to save money as well as save on travel time.

"People recognize that to get a high quality service of almost any sort in the economy, you have to pay for it. Why should roads be different? Why should it be only publicly funded?" While only a couple of newly built crossings here have tolls, the issue has been making news again as Delta South MLA Vicki Huntington last week reiterated her call for the provincial government to review the issue to ensure fairness for people living south of the Fraser River.

Noting the government had promised such a review a couple of years ago, Huntington said an increasing number of prominent groups and individuals have voiced their support for a tolling review for Lower Mainland bridges.

Delta Mayor Lois Jackson, meantime, put forward the idea of a nominal $1 toll for all major crossings in the region to help ease congestion.

Lindsey said Jackson's idea needs further refinement but seems to be a good starting point for what could be a fair region-wide system.

"You can't get too sophisticated in the Metro area because people can't adjust the time of their trip, their route and their destination on the basis of real-time information, but the technology does exist to compute accurately what a toll should be," he said. "I think the Delta mayor's idea should be refined in two ways: First, congested bridges should have a higher toll and, second, it should be time differentiated. So unlike the Port Mann, unlike the Golden Ears, it should be higher in the peak times and lower, possibly zero, at other times."

As far as having the most favourable system, he said the optimal tolling method depends on the city and its layout.

"In the case of Vancouver, because the downtown is not particularly congested, it does not make sense to have an area charge for the downtown," he said.

"In my opinion and others, the best thing you can do in Metro Vancouver is charge the existing infrastructure, which is a bottleneck except for the new Port Mann now because it is tolled and has bigger capacity. So you have around 22 pinch points to toll them maybe for perceived equity reasons you toll them the same charge, but if you can also time differentiate it and make it a little more complex."