The purpose of the Crime Beat is to educate and inform the public about some of the property crime trends occurring in South Delta and other files of interest. If you see anything occurring that you believe to be suspicious, call 911 for in-progress crimes and emergencies or 604-946-4411 for other assistance.
Jan 13, 2021 2:00 PM By: Delta police department 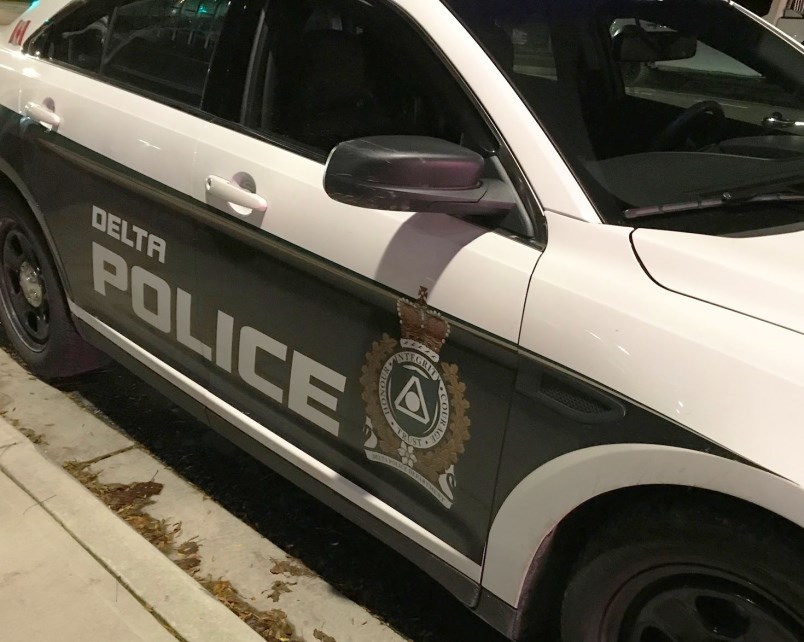 *Jan. 4, 8:19 p.m., 5000 block Canoe Pass Way: Complainant from a nearby store called to report that a female was in the main entrance causing a disturbance to staff and customers by yelling and swearing at them. Police attended and found the female to smell of liquor and marihuana. The staff did not want to press charges, but just wanted to remove her for the evening and that she is welcomed back another day. The female was cooperative and got on the bus back to her residence.

*Jan. 9, 7:16 p.m., Location withheld: Police received a complaint that a Tsawwassen resident was potentially violating the Quarantine Act, after returning from an international location. Police attended the residence and spoke with the subject of the complaint. That person was alone in the residence. Police advised them of the current COVID-19 measures in place. No issue noted.

*Jan. 10, 9:02 a.m., 5000 block Cedar Spring Drive: Complainant reported that he fell for a fraudulent e-mail and lost $900 in gift cards. He received an email – apparently from a friend whom he owed a favour to – requesting the gift cards. The man initially sent in $300 worth of gift card codes upon request. The following day, he received what seemed to be another email from his friend asking for $600 worth of gift cards, which he purchased and again sent the codes in response. The complainant only realized that it was a scam when he called his friend who informed him that his computer had been hacked.

*Jan. 5, 9:40 a.m., Location withheld: Complainant contacted police claiming his neighbours’ cat constantly defecates in his yard. Police called the complainant who stated that he has spoken to bylaw and his strata over the issue, but they both stated they only investigate/extend to dogs. Police suggested he arrange to speak to his strata council together with the cat owner and try and resolve issue in a civil, peaceful manner.

*Jan. 6, 5:45 p.m., 5000 block Mountain View Blvd: Complainant called police to report four males tailgating in the back of a truck. Police attended and all parties were cooperative and indicated that they were just having a couple of beers after practice. There were no signs of impairment and the two drivers indicated that they had consumed two beers. Police educated the parties and sent them on their way.

*Jan. 7, 2:18 p.m., 5600 block Highway 17: Police were conducting mobile speed enforcement when a vehicle in the fast lane drove by at a speed of 169km/h in a posted 80km/h zone. Police stopped the vehicle and the driver was issued an excessive speeding ticket, and the vehicle was towed.

*Jan. 9, 11 a.m., DPD HQ: A Good Samaritan attended the front counter of DPD to turn in found property – an iPhone in a case with credit and bank cards. Police located contact information for the owner, who confirmed her phone was lost. The owner attended DPD HQ to retrieve her phone, ID and bank cards.

*Jan. 10, 11:14 a.m., 4000 block Elliot Street: Complainant advised that he entered a nearby business, however, the business appeared closed, but insecure. Police attended and cleared the business. No one was located inside and there were no signs of forced entry. The business owner attended, and stated she was at the business within the past half hour although she must have forgotten to lock the door. She advised that she didn't see anything out of place and secured the front door.