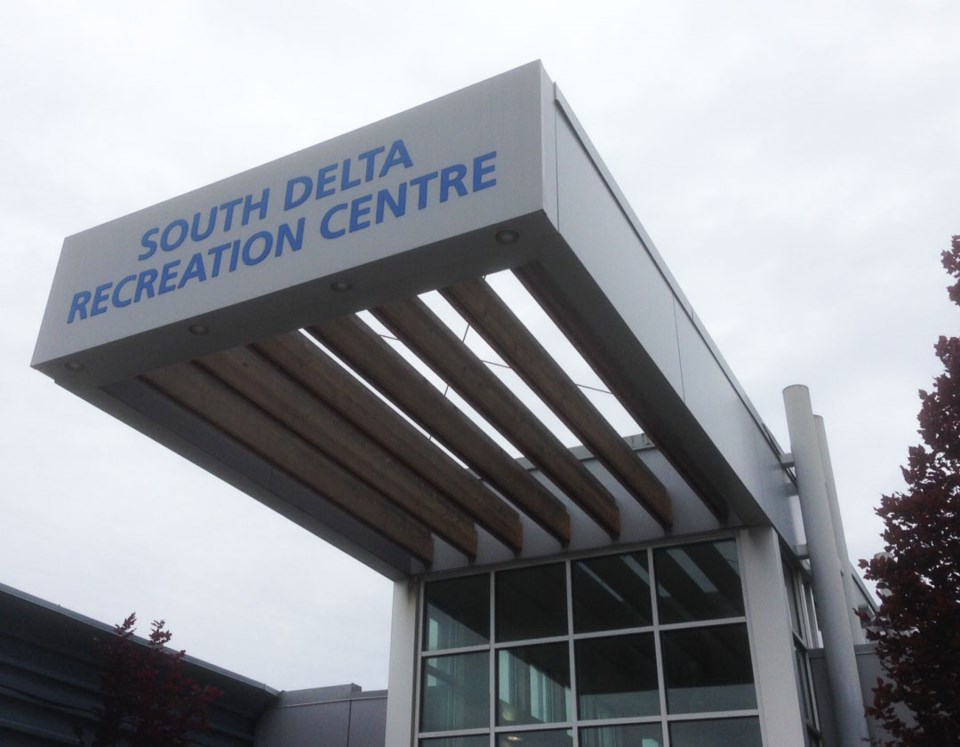 The parks and recreation department notes the South Delta Recreation Centre supports programs and services that on average attract upwards of 19,000 paid admissions, in addition to thousands of visitors who attend events and activities.Delta Optimist file

The City of Delta is hoping to get government funding for a major upgrade project at the South Delta Recreation Centre.

Council this week endorsed a staff recommendation to apply for a COVID-19 Resilience Infrastructure Program grant through the federal and provincial governments in order to advance a seismic strengthening project of the concrete masonry unit walls at the facility.

The project has an estimated $3.3 million price tag and the maximum the city could obtain from the grant would be $1 million.

Projects submitted must clearly demonstrate that they are for public use and benefit.

A report from staff said recent studies identified that a large portion of the unit walls at the recreation centre are structurally deficient and may fail in a seismic event.

The issues with the walls were investigated after similar issues were discovered at the North Delta Recreation Centre several years ago.

Both facilities were constructed in the early 1970s.

It's not the first time structural problems have occurred at a Delta recreational facility.

In 2014, the stucco façade on the east side of the Ladner Leisure Centre arena fell away from the wall after the anchoring system failed. Nobody was hurt and the pool and fitness centre re-opened soon after, but there was limited use of the arena for an extensive period of time.

Delta ended up spending around $3.8 million on the Ladner Leisure Centre to fix the structural issues and at the same time, took the opportunity to undertake a number of other upgrades.

The ice arena portion of the Leisure Centre was built in the mid-1970s.