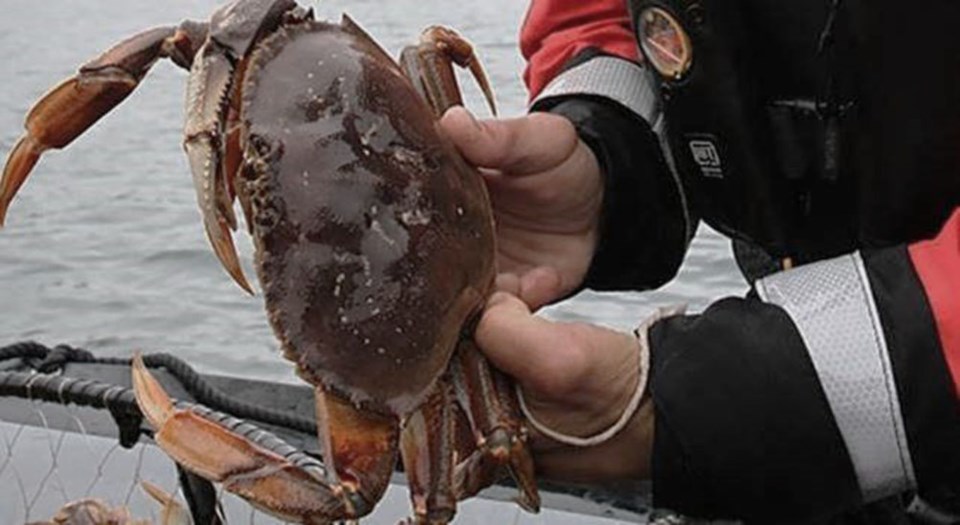 Due to significant conservation concerns and the importance of protecting breeding stocks, the DFO says it has zero tolerance for the retention of undersized crabs or female crabs. Submitted/DFO

It’s illegal and dangerous. That’s what the Department of Fisheries and Oceans is reiterating when it comes to illegal recreational shellfish harvesting in the Boundary Bay area.

DFO Detachment Commander Art Demsky told the Optimist that despite repeatedly trying to get the message out, conservation officers are still busy catching illegal crabbers.

“We’ve been seeing a lot more people out there because of COVID and the restrictions and regulations don’t seem to be having much of an impact. We’re trying to let everyone know there’s been no shellfish harvesting allowed for almost 50 years in the Lower Mainland. There are health hazards associated to that,” he said. “With crab harvesting, there are rules and regulations and you need a licence. There’s daily limits, there’s size limits but people, for whatever reason, seem to ignore a lot of that and we are seeing an increase in violations.”

Demsky added it can also be dangerous walking alone far out on the muddy surface during low tide in places like Centennial Beach as the tide can start moving in quickly.

However, due to the pandemic’s health and travel restrictions and economic pressures, many new harvesters who may not be familiar with the rules and regulations, as well as the public health risk and stock conservation concerns, are fishing for the first time in those areas.

The non-traditional harvesters may not be aware that the entire Lower Mainland, including Boundary Bay, is closed to the harvest of bivalves because of sanitary reasons and the risk of toxic shellfish poisoning.

However, a significant number of recreational harvesters who are aware of the rules choose to ignore them and the numerous posted signs in the area that warn of the closures and health risks, the DFO states.

Other species that harvesters can fish in the area include fish such as flounder and sole, but they are also covered by rules and regulations.

The DFO also notes the current low tides are also enabling recreational harvesters to access areas that are beyond the U.S./Canada markers that denote the border line.

Some Canadians are crossing, sometimes unknowingly, and illegally entering the U.S. to access flounder and crab. Any incursions across the border are viewed by U.S. authorities as illegal and could pose serious consequences for harvesters, the DFO warns.