Many good paying jobs in Delta will be lost to automation. That’s the warning of International Longshore & Warehouse Union Local 502, which says huge cuts on the waterfront will harm families and significantly damage the local and national economy.
Sandor Gyarmati Oct 14, 2019 8:35 AM

Many good paying jobs in Delta will be lost to automation.

That’s the warning of International Longshore & Warehouse Union Local 502, which says huge cuts on the waterfront will harm families and significantly damage the local and national economy.

Union president Tom Doran in a news release warned the proposed new container terminal called Terminal 2 at Roberts Bank, if approved, would be fully automated, which could result in the loss of up to 90 per cent of long shoring jobs.

The union, which represents approximately 3,000 workers at Roberts Bank, says it commissioned an independent study which found automation at B.C. marine terminals could result in the loss of between 5,200 and 9,300 jobs and cost the B.C. economy $600 million a year.

“We have a crisis coming with automation and whoever forms the next government needs to modernize the approach to labour market adjustments,” said Doran.

Doran said elected politicians and those running for public office in the upcoming federal election should red flag automation as a top priority to protect workers’ jobs and stop rewarding companies who benefit exclusively from automation with tax breaks and subsidies.

“The jobs that are in jeopardy support families in our community and the taxes employees pay support social programs,” he said.

“The devastation caused by job losses experienced by those who work in the marine terminals will impact others employed in related areas along with the general economy. Automation is an issue now that must be addressed.” 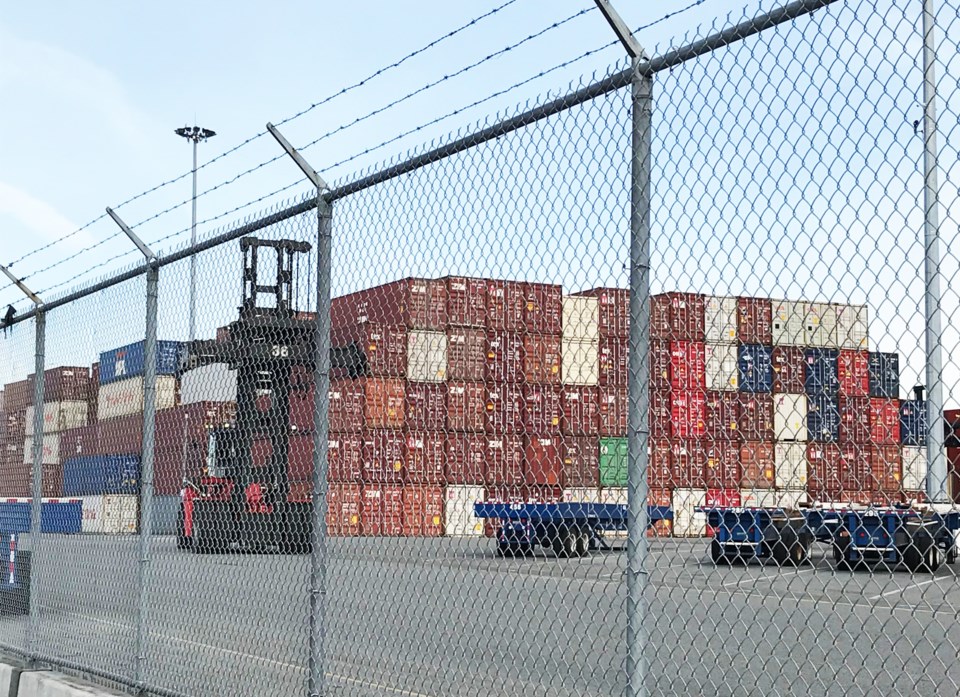 Asked for a response, the B.C. Maritime Employers Association issued a statement from its president and CEO, Mike Leonard.

“We were pleased to have recently come to a new collective agreement with our labour partners, the International Longshore and Warehouse Union - Canada, which provides a period of stability that is in the interests of all British Columbians.

We have witnessed 34 per cent job rate growth since 2008 as well as established a record setting nine million hours worked last year. We are committed to continuing to work with all those potentially impacted by the prospect of automation in BC.

We are confident that this collaborative approach will ensure that B.C.’s maritime economy remains strong.”

Duncan Wilson, vice-president of Environment, Community and Government Affairs for the Port of Vancouver, noted port terminals are private operations, and that the port authority does not manage terminal operations or labour at the terminals.

“We assume the Roberts Bank Terminal 2 Project will be partially automated, similar to Deltaport and other newer terminals around the world. The final configuration of the terminal will be largely up to the new terminal operator. However, it is important to note that full automation is not contemplated, and therefore, we have estimated that the terminal will support 1,500 new, family-supporting, on-terminal jobs, in addition to nearly 11,000 new supply chain jobs off the terminal. We continue to have an on-going dialogue with ILWU Canada and their membership to discuss the benefits of the terminal and its operation,” he explained.

“We are responsible for managing the port lands on behalf of the federal government, which involves leasing out the land to terminal operators. Each terminal within the Port of Vancouver is operated independently and therefore any matters related to labour are discussed between the terminal operator, BCMEA and ILWU. The port authority is not involved in matters related to labour.”