A 19-year-old male was airlifted to hospital Tuesday night following a serious motor vehicle crash near the Point Roberts border has now died as a result of his injuries.
Jun 2, 2021 12:24 PM By: Ian Jacques 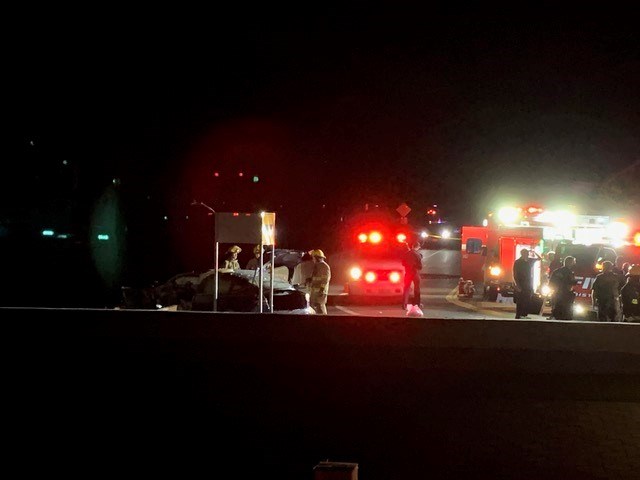 A 19-year-old male who was airlifted to hospital Tuesday night following a serious motor vehicle crash near the Point Roberts border, has now died in hospital as a result of his injuries.Callum Anderson

Washington State Patrol have now confirmed that the driver involved in a single-vehicle crash near the Point Roberts border Tuesday night has died from his injuries.

Washington State Patrol Trooper Rocky Oliphant, who serves as the District 7 Public Information Officer confirmed with the Optimist, that a 19-year-old Shelton, Wash. resident died as a result of his injuries just before 5 a.m. Wednesday morning at St. Joseph's Hospital in Bellingham.

Oliphant, earlier Wednesday told the Optimist that the driver of the Tesla involved in the crash, drove straight into a concrete wall at the intersection of Roosevelt Way and Bayview Drive.

“The driver was eastbound on Roosevelt prior to driving into the wall that borders Boundary Bay,” said Oliphant. “The young, inexperienced driver, missed a sharp curve with a suggested 15mph speed. The driver sustained serious injuries and was airlifted to St. Joes hospital.

“The Tesla did catch fire well after the collision and the fire department was able to extinguish it.”