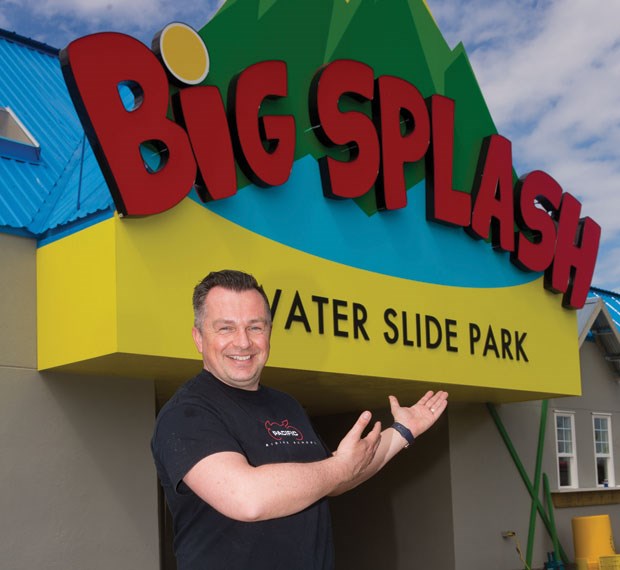 The seven-acre water park at the Tsawwassen First Nation will introduce newly renovated pools and hot tubs, a new clubhouse, Vegas-style cabanas for private parties, BV’s Sports Bar and Grill, new landscaping and a new park layout. The park is also adding a daily complimentary shuttle service to and from Downtown Vancouver.

“Our goal is to give people a water park experience that they will want to experience over and over, especially since we are so close to anyone in the Lower Mainland,” said Big Splash general manager Harold Frederiks. “We are building on top of the foundation that Splashdown built, and are adding a whole new look and feel to the water park for 2017.”

Last September the taps were turned off at Splashdown Park for what appeared to be the final time. But in January, Executive Hotels & Resorts announced the park would be re-opened as Big Splash Water Slide Park as a new destination attraction.

All-day passes are $28 and special group rates are also be available. Admission is free for children three and under.

“We are not just catering to the locals here in Ladner and Tsawwassen, we are catering to the whole Lower Mainland,” Frederiks said. “We are looking at being a major destination for entertainment, shopping with the new mall and golf at Tsawwassen Springs.”

Phase two of the project will see new slides in 2018 and phase three is the opening of a boutique-style hotel in 2019.

“This is a whole new attraction. We are trying to get our feet wet with new ownership and we are really trying to find out what works best for everybody. We think we have set a very reasonable rate for people to be entertained for the whole day. We have so many cool things going on here. When we open and when people come through the gates, I think they will be amazed at the facility and what we have to offer.”