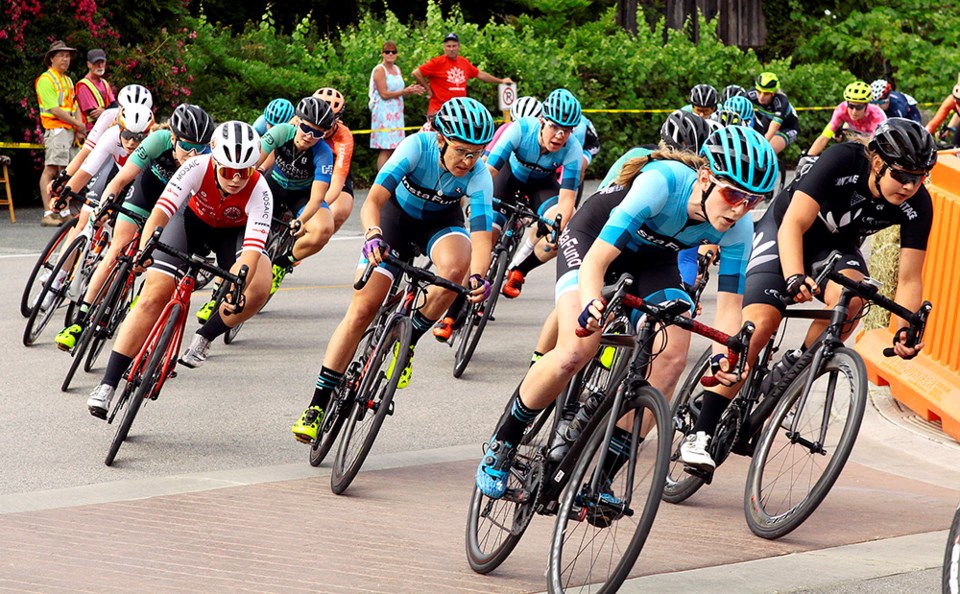 The COVID-19 pandemic has cancelled BC Superweek for a second straight year, including the Tour de Delta. Jim Kinnear/Delta Optimist

Due to the ongoing COVID-19 pandemic, a Metro Vancouver pro cycling series has been postponed until July 2022 at the earliest, including the Tour de Delta.

The decision to postpone BC Superweek for a second straight year was not made lightly by board members, but the safety of athletes and spectators is their top concern, said Superweek organizers in a media release.

The series is an important annual tradition for cyclists and communities alike, and BC Superweek wants to continue to provide race opportunities for the next generation of cyclists. Tour de Delta typically kicks off Superweek and takes place the second weekend of July.

“Amid the pandemic, there was a lot of deliberation among the BC Superweek members about the status of this year’s series. The well-being of everyone involved was the top consideration, and the members look forward to bringing the series back once it is safe to do so,” said BC Superweek Series Director Mark Ernsting.

Because the races that make up BC Superweek require significant planning, the uncertainty of the coming months makes it difficult for organizing teams to make the necessary arrangements normally required at this time.

By making professional cycling accessible to communities, BC Superweek annually attracts tens of thousands of spectators. While showcasing professional athletes at a grassroots level, the series is also a great opportunity to engage its communities and for future generations of cyclists to get involved.

BC Superweek members also respect that many businesses and partners are affected by the economic impacts of the pandemic, and unable to make sponsorship commitments at this time. Fortunately, many regular sponsors spoke positively about potentially supporting future BC Superweek events.

Individual city budgets for next year are in preliminary discussions as well, so BC Superweek members hope to be able to confirm the status of the 2022 series later this fall.

546
Here's what real estate prices look like in the City of Delta
517
Ladner Baseball hosting used equipment drive for start-up league in Mexico
453
Your credit report may be wrong; here’s what to do about it
402
B.C. premier throwing cold water on COVID-19 vaccine clinic for North Delta
378
East Ladner motel has been buzzing with filming activity