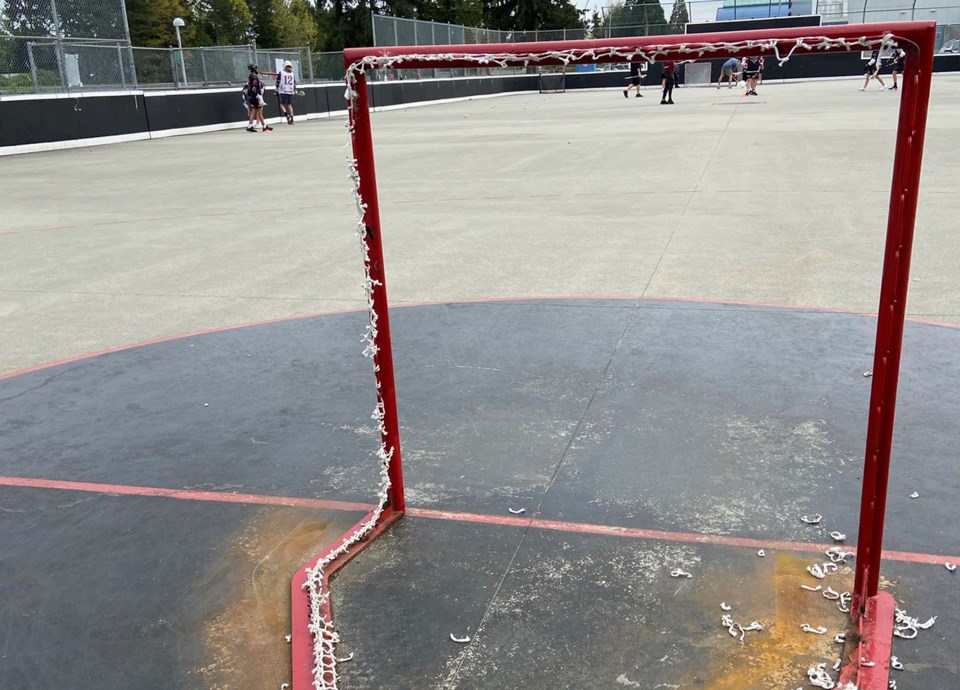 Delta Lacrosse officials were stunned to discover nets had been cut away and stolen this week from the Ladner outdoor box.Delta Lacrosse Association

It’s a punch in a gut to a sport that is already dealing with plenty of adversity due to the COVID-19 pandemic.

The lacrosse community was stunned to discover earlier this week a pair of goal nets and been cut and taken away from the Ladner outdoor box. It seems like it wasn’t a random act of vandalism either.

The box sees heavy use these days as teams have begun practicing for what they hope will be game play in the weeks ahead if the current provincial health restrictions for youth sports are eased.

“Two different size of nets were ripped apart for some reason. Someone has clearly taken them for use somewhere,” said Delta Lacrosse president Dave Glover. “It’s really disappointing and seems so unnecessary.

“It’s such a shot to us. We are doing our very best to put a season on for these kids then you get a setback like that. We are already down numbers and can’t afford to be spending money on unnecessary things.”

A lot of blood, sweat and tears have gone into the Ladner outdoor box that was completely renovated by volunteers over a decade ago in a project that was headed by former longtime president Darcy Phillips. The end result was a venue that was the envy of the Lower Mainland and has been a big part of the Delta Islanders program since.

Vancouver Warriors star and homegrown standout Logan Schuss can often be found there working on his stick skills.

“It’s a kind of place where you want to play a game of throw around and you are going to show up and know other guys are going to be there too,” added Glover. “You will see a bunch of kids playing there without a coach. It means more to us than just a lacrosse box.”