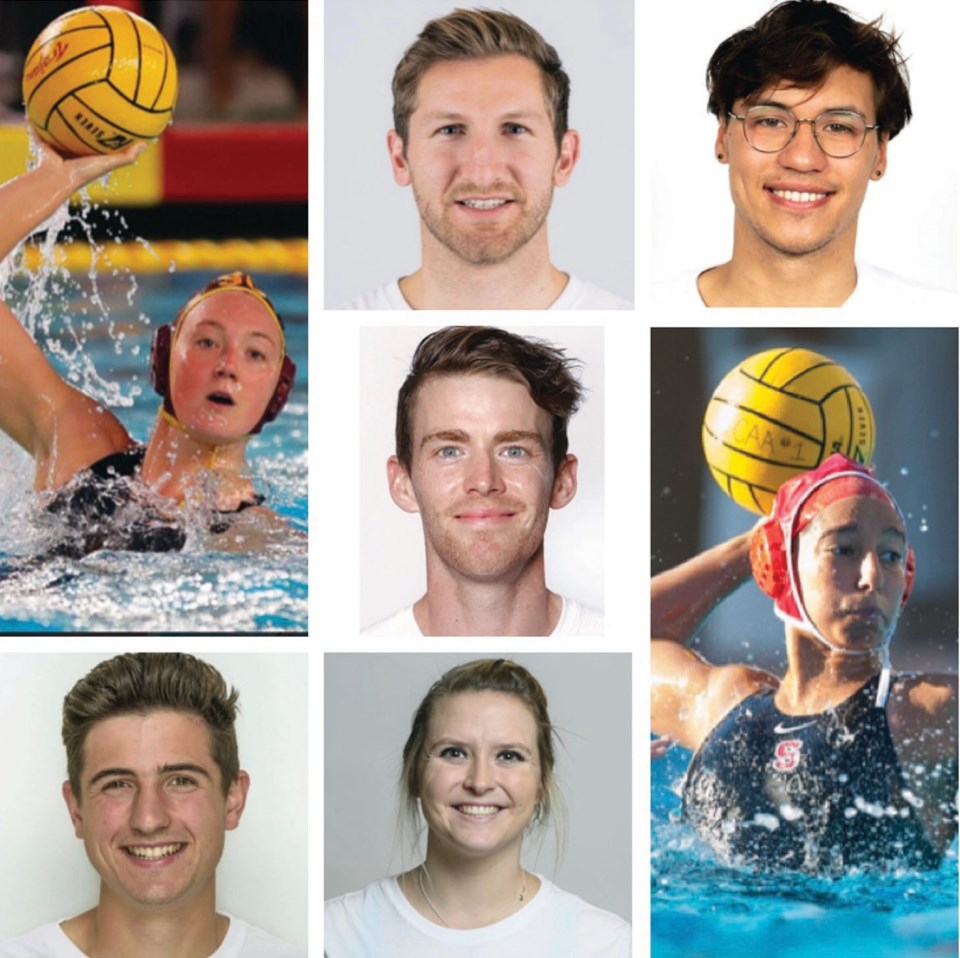 It’s been an unprecedented five years in the making due to a worldwide pandemic and the City of Delta will be represented by its largest contingent in recent memory at the Summer Olympic Games that get underway on Friday.

The number of Delta athletes that will be wearing Canadian colours has nearly doubled from the 2016 Games in Rio thanks to return of some sports (softball) and breakthrough qualifying in others (water polo).

Here’s a look at the seven hometown athletes that will be competing at the Tokyo Games which will conclude Sunday, Aug. 8.

Mark Pearson
Sport: field hockey
Age: 34
Previous Olympics: 2008 Beijing, 2016 Rio
First date of competition: July 24 vs. Germany
This national team veteran with over 260 senior national team caps to his credit, worked his way back to a third Olympics after rupturing his Achilles tendon in 2019. Has played professionally in Belgium and Germany. Graduated from the Johan Cruyff Institute in 2015 with his Masters in Sports Management. Has a BA in History from UBC.

Markus Thormeyer
Sport: swimming
Age: 23
Previous Olympics: 2016 Rio
First date of competition: July 25
Five years ago, he was a teenager soaking in the Olympic experience. Now, the UBC swimmer has established himself as the country’s top male swimmer and a medal threat in his specialty — the backstroke. The Winskill Dolphin alumni won bronze over 100 metres at the Commonwealth Games in 2018 and a year later was eighth at the World Championships. Is a two-time U Sports Male Swimmer of the Year.

Maxwell Lattimer
Sport: rowing
Age 27
Previous Olympics: 2016 Rio
First date of competition: July 25
Patience and hard work has paid off with a second straight trip to the Olympics for this Ladner native. His ticket to Tokyo wasn’t secured until he and lightweight double sculls partner Patrick Keane of Victoria won the last qualifying event in Switzerland back in May. Was introduced to rowing as a student at Vancouver College and was inspired to be an Olympian by soaking in the experience of Vancouver hosting the 2010 Winter Games.

Kelsey Harshman
Sport: softball
Age: 24
Previous Olympics: none
First date of competition: July 21 vs. Mexico
Softball returns to the Olympics for the first time since 2008 and this Arizona born and raised standout is using her second “home” to play for Team Canada. The University of Wisconsin graduate’s mom is former national team player and North Delta native Shannah Biggan. Her aunts Jodi and Alison also represented the country in the sport. Harshman was one of Canada’s top offensive players at the Olympic qualifying tournament in 2019.

Brendan Guraliuk
Sport: field hockey
Age 21
Previous Olympics: none
First date of competition: July 24 vs. Germany
Like a number of young Olympians, the one-year delay for the Tokyo Games provided him another year of seasoning to secure his spot on the roster as the youngest member of the Canadian team. Growing up, the UBC student was inspired to play field hockey at the top level by Graeme Carswell — a fellow SDSS grad who tragically lost his life in a fishing accident when he was 21.

Gurpreet Sohi
Sport: water polo
Age: 26
Previous Olympics: none
First date of competition: July 24 vs. Australia
This University of Stanford graduate helped Canada secure its first trip to the Olympic Games in water polo since 2004. Got her first taste of international success by helping Canada win gold at the 2011 Pan Am Youth Games and has been a fixture in the national team program since. The human biology graduate’s All-American career at Stanford included back-to-back national titles in 2014 and 2015.

Hayley McKelvey
Sport: water polo
Age: 25
Previous Olympics: none
First date of competition: July 24 vs. Australia
Has followed a very similar path to her North Delta teammate to earn her status as one of the top players in the country. Was a member of the Canadian team that won silver at the 2019 Pan Am Games in Peru that secured the trip to Tokyo. Also thrived at the collegiate level, winning national titles for the USC Trojans in 2016 and 2018. The Seaquam graduate got her first taste of water polo with the North Delta Sunfish before joining the Pacific Storm.

Olympian encourages Richmondites to strap on their shoes and take a walk
Jul 15, 2021 1:17 PM

Richmondites call for cancellation of Olympics Games due to COVID-19
Jul 8, 2021 11:34 AM
Comments