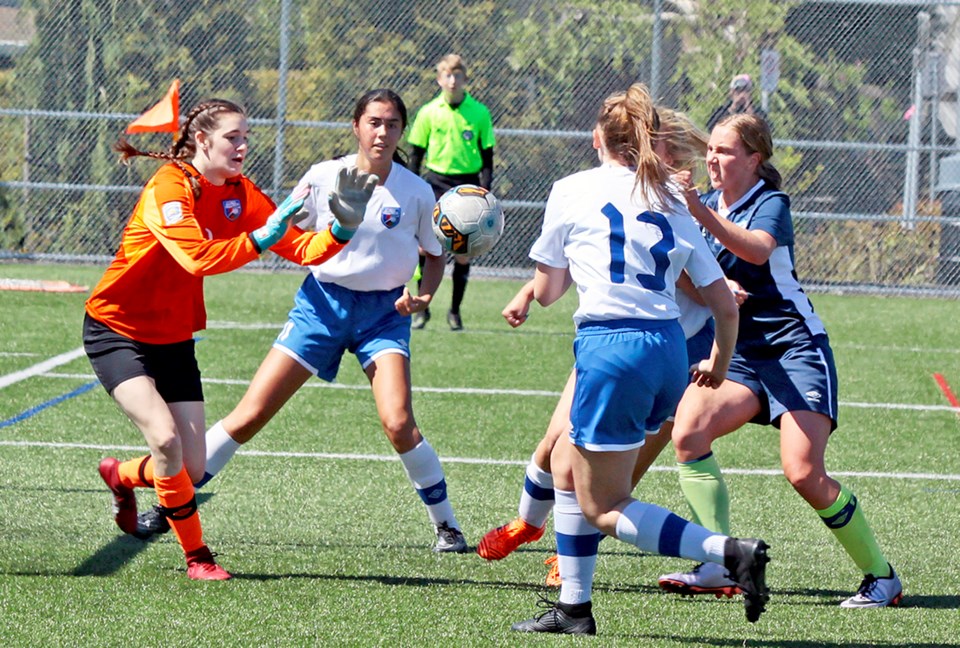 Members of the U18 Delta Coastal Selects will be looking to extend their youth soccer careers this weekend at Minoru Park in Richmond.

The girls rep team has advanced to the Coastal “A” Cup final thanks to a 2-1 road win over regular season Metro League champion Port Coquitlam Castilians. Delta will now face the North Shore Renegades on Sunday morning with the winner advancing to the Provincial “A” Cup Championships in early July in Cloverdale.

Coastal and North Shore split a pair of regular season meetings and finished third and second respectively in the final standings.

The U18s were the only local side to prevail among the five that were involved in semi-final games last weekend.

The Coastal Selects U15 girls dropped a 2-0 decision to the Fraser Valley Selects at Dugald Morrison Park in Ladner.

In boys action, Delta fell 2-1 to Port Moody at the U18A level, while the U15As dropped a 1-0 heartbreaker in penalty kicks to Fraser Valley.

In its 66th season, B.C. Soccer’s Coastal Cup Championships will feature 24 title games at the “A” and “B” levels played on Saturday and Sunday on all three fields at Minoru.