Westlake in Canadian colours for pair of events Down Under 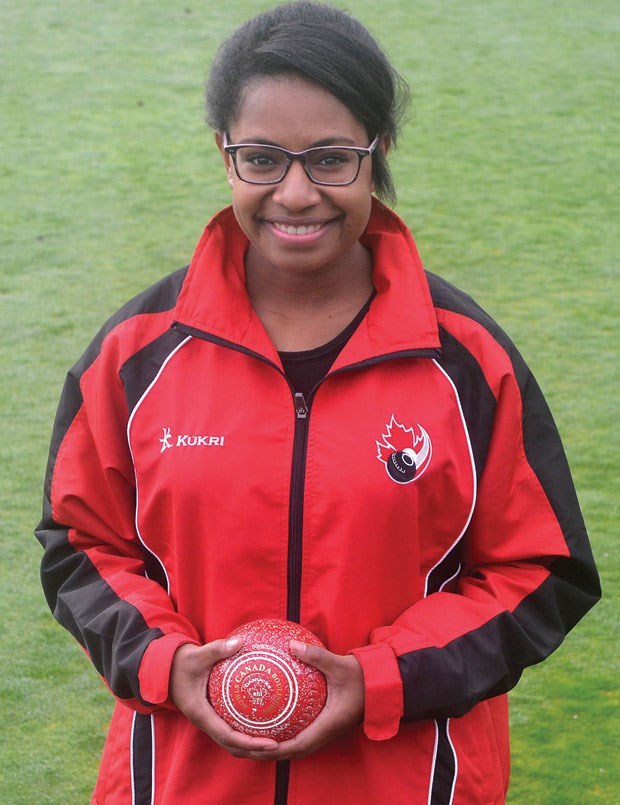 It's going to be a busy spring down under for one of the country's top lawn bowlers.

Tsawwassen's Pricilla Westlake will be representing Canada in a pair of major international competitions - the 2016 World Cup in March and the World Junior Championships in April. The events take place in Warilla and Queensland, respectively.

Westlake, a member of the national team, and Saskatoon native Grant Wilkie earned their right to represent Canada in Queensland with their respective wins at the 2015 Canadian Under 25 Championships last August in Saskatoon. They will be joined by Nova Scotia's Cameron Lefrense and Ontario's Stirling Wood. Both National Development Squad members were selected through an application process that was finalized last month. Bowls Canada also announced Victoria's Jaymee Sidel will be attending as well.

The World Junior Championships takes place April 9-15 at the Broadbeach Bowls Club which also will host the 2018 Commonwealth Games competition.

Westlake earned her spot in the World Cup by capturing the Canadian Indoor Singles Championships back in November.

The hometown favourite led the way through round robin play, losing only two games. In the gold medal game, Westlake took on Dianne Fulton in an all B.C. match-up. Westlake and Fulton hadn't faced off since the first game of round robin and were ready for round two.

She will head to Australia for the second straight year after representing Canada at the 2015 World Junior Championships as well. That event also took place at Broadbeach.

"Right now I am training twice a week at the Pacific Indoor Bowls Club in Vancouver and I will also Pricilla Westlake be playing in a Thursday night pairs league", says Westlake, a fulltime student of Journalism at Kwantlen Polytechnic University.

She also practices martial arts three times a week to develop core strength, endurance and mental focus all of which will contribute to peak performance in the warm weather conditions likely to be experienced in Australia.