VANCOUVER — A survey on people's experiences during the COVID-19 pandemic in British Columbia shows the most important areas that must be addressed relate to health and social inequities, says the deputy provincial health officer.
Dec 4, 2020 2:27 PM By: Canadian Press 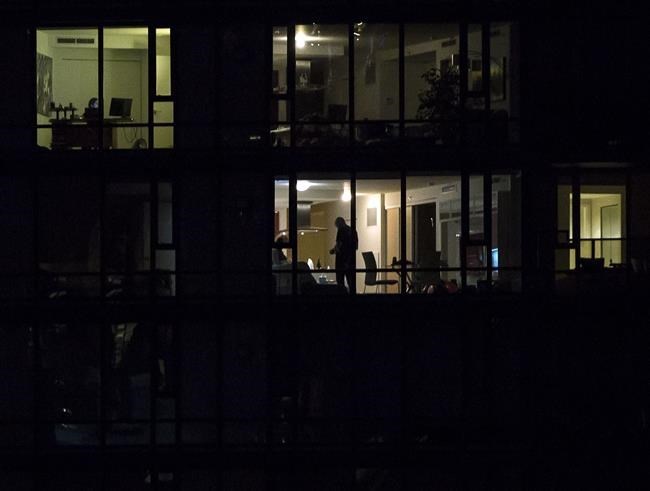 VANCOUVER — A survey on people's experiences during the COVID-19 pandemic in British Columbia shows the most important areas that must be addressed relate to health and social inequities, says the deputy provincial health officer.

Emergencies tend to worsen social disparities that affect health and access to health care, a challenge that's confirmed by the data released Friday from a survey of nearly 400,000 people, said Dr. Reka Gustafson.

"The results around young adults and people who are already vulnerable due to economic disadvantages, feeling the pinch even more than others, is not surprising, but I think it's an important thing to highlight," she said during a news conference.

The survey conducted in May found age, income and whether there were children at home were significant factors affecting people's well-being, while the results show disparities based on ethnicity, gender and other demographics as well.

More than half of women surveyed reported worsening mental health compared with 40.3 per cent of men.

People between the ages of 18 and 29 were more likely to report job losses, with nearly 27 per cent saying they had lost work due to COVID-19. Their access to in-person post-secondary education and social interactions was also curtailed, said Gustafson.

The data also shows people who identified as West Asian and Arab were most likely to report worsening mental health at 51.3 per cent, followed by Japanese and Korean respondents at 48.6 per cent.

Black and Hispanic people were most likely to experience job losses as a result of the pandemic at 21.3 and 22.9 per cent, respectively, followed by West Asian or Arab and Southeast Asian or Filipino respondents.

The BC Centre for Disease Control said the "Your Story, Our Future" survey reached about one in 10 adults in the province, making it the largest-ever population health survey in Canada. A new tool on the centre's website breaks the data down by region and community.

Asked about the value of releasing data collected in May at a time when COVID-19 cases are surging, Gustafson said those facing the highest risks and experiencing the greatest burdens throughout the pandemic have not changed.

"I think the truths and the messages that this survey highlights remain both relevant and timely," she said.

Jat Sandhu, a consultant with the centre for disease control, said the survey results have already been used by a provincial working group that monitors the health and social consequences of the pandemic and public health rules aimed at keeping people safe.

The data was also used in an earlier report from the centre on the impacts of school closures on kids and families, said Gustafson, noting that it was used as well in the province's plans for reopening schools in the fall.

This report by The Canadian Press was first published Dec. 4, 2020.

This story was produced with the financial assistance of the Facebook and Canadian Press News Fellowship.

Worldwide virtual prayer rally to be held for 'Canada's rabbi' after cancer diagnosis
Jan 17, 2021 4:05 AM