WINNIPEG — A Winnipeg cartoonist says he is honoured to play a small role in a historic moment after his comic book about U.S. Vice-President Kamala Harris was included in a Canadian celebration of Joe Biden's inauguration.
Jan 21, 2021 2:46 PM By: Canadian Press 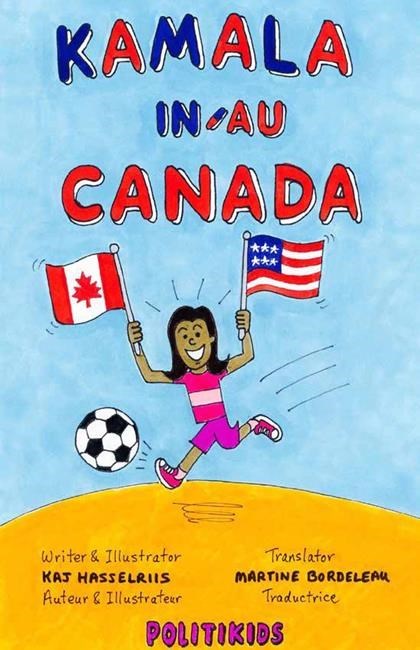 WINNIPEG — A Winnipeg cartoonist says he is honoured to play a small role in a historic moment after his comic book about U.S. Vice-President Kamala Harris was included in a Canadian celebration of Joe Biden's inauguration.

“Kamala in Canada” by Kaj Hasselriis was part of a swag bag given to people who attended a virtual inauguration event at the United States embassy in Ottawa.

The comic follows Harris during her time living in Montreal as a teenager.

Hasselriis says he was inspired when he heard how a young Harris staged a protest after her landlord banned kids in her apartment building from playing soccer in the courtyard.

He says many kids may have given up, but Harris chose to take action.

Hasselriis says he hopes the book shows children that they can make change happen and inspires them to get involved in politics.

“It’s useful for them to know that politicians were once kids themselves,” he said. “And if you are a kid, that means you could one day grow up to become a leader.”

Hasselriis decided to create the comic when Biden named Harris as his running mate. It was published just before the vice-presidential debate in October.

Harris lived in Montreal for five years from the age of 12 until she graduated from Westmount High School in 1981.

Hasselriis said his book also looks at the climate around the Quebec referendum in 1980 and how that may have affected the new vice-president's view of politics.

“There’s no way that Kamala Harris could have lived as a teenager in Montreal without having this huge political issue hanging over her head,” he said.

In the lead up to the 2019 Canadian federal election, he was able to deliver a copy to each of the politicians during their stops in Winnipeg.

Hasselriis said he’s not sure if Harris has seen the book about her childhood in Canada yet. He sent a copy to her Senate office after it was published.

Copies of the book were also purchased by the U.S. consulate in Montreal.

Hasselriis said he hopes the comic will make it into the vice-president’s hands one day. But for now, he’s happy to know that it was included in the inauguration celebrations at the U.S. embassy in Canada.

This report by The Canadian Press was first published Jan. 21, 2021