Canadian forward Tyler Pasher is back in Major League Soccer, signing with the Houston Dynamo from the USL Championship's Indy Eleven. The 26-year-old from Elmira, Ont.
Jan 14, 2021 9:47 AM By: Canadian Press 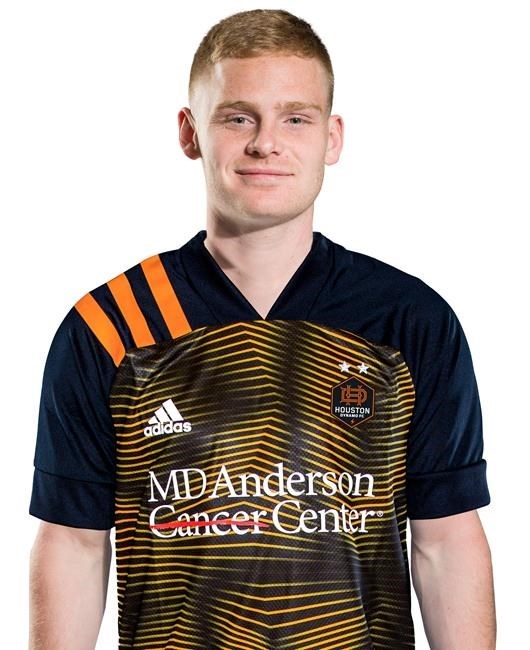 Canadian forward Tyler Pasher is back in Major League Soccer, signing with the Houston Dynamo from the USL Championship's Indy Eleven.

The 26-year-old from Elmira, Ont., scored 23 goals and added six assists in 50 appearances for Indy Eleven -- the sixth-most in the USL Championship since 2019.

Pasher, with 10 goals and two assists in 15 appearances, was named to the 2020 USL Championship All-League team following an abbreviated 16-game season.

“Tyler is a player we’ve been tracking closely over the last year and we are pleased the timing was right to add him to our roster,” Matt Jordan, Houston's senior vice-president and GM, said in a statement. “His ability to take players on and put up numbers, along with being naturally left-footed, make him a good fit for our group and system.”

A former Canadian youth international, Pasher has yet to earn a senior cap but was called into camp in both 2015 and 2017.

"Tyler is a relentless worker on both sides of the ball and he fits really well into our game model,” Dynamo head coach Tab Ramos said. “We feel that we added a player who is going to be successful and going to contribute in the attacking third."

Pasher spent seven years with Newcastle United as an academy and reserve player before returning to Canada in 2010 for two seasons with Toronto FC’s academy. He wore the captain's armband after coming off the bench in July 2012 as an 18-year-old in a TFC friendly against Liverpool.

He went on to play for Finland's PS Kemi in 2013 and Michigan's Lansing United, in the National Premier Soccer League, in 2014. He signed with the Pittsburgh Riverhounds (2015) and Swope Park Rangers (2016).

The five-foot-nine 150-pounder made his MLS debut with Sporting Kansas City, Swope’s parent club, in 2017. He signed with Indy Eleven following the 2017 season.

Houston now has 24 players under contract for the 2021 MLS season.