GENEVA — China strengthened its relationship with the International Olympic Committee on Thursday by offering to pay for vaccines for athletes as criticism of the 2022 Winter Games host country continues.
Mar 11, 2021 9:24 AM By: Canadian Press 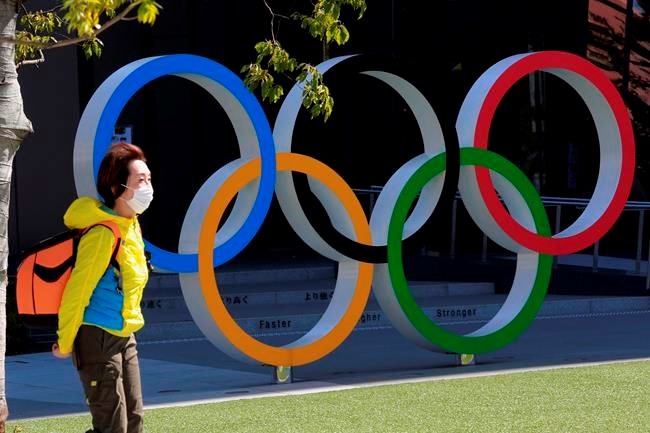 GENEVA — China strengthened its relationship with the International Olympic Committee on Thursday by offering to pay for vaccines for athletes as criticism of the 2022 Winter Games host country continues.

The IOC entered into a partnership with the Chinese Olympic committee to buy and provide vaccines for people taking part in the upcoming games in both Tokyo and Beijing.

“We are grateful for this offer, which is in the true Olympic spirit of solidarity,” IOC president Thomas Bach said during an online meeting that included sports leaders and the organizing committees of future Olympics.

Bach said the IOC would “pay for extra doses” for Olympic and Paralympic participants. The Tokyo Olympics are set to open on July 23, and the 2022 Winter Games in Beijing are scheduled for February.

The agreement is a reputational win for China when its own Olympics have been severely criticized.

Activists have tried to brand it the “Genocide Games” because of China’s detention of its Uyghur people in prison camps. Pro-democracy campaigners have also linked the Olympics to protests about Hong Kong and Tibet.

U.S. Secretary of State Antony Blinken has said he believes genocide is being committed against ethnic minorities in china’s Xinjiang province.

The IOC and Bach have typically deflected questions about China’s record on human rights and said the Olympic body could influence only projects directly related to staging the games.

A 45-minute update on Beijing’s hosting Thursday focused only on praise and the logistics of organizing sports events.

“It’s a very on-track delivery of these games in a very successful way,” said Juan Antonio Samaranch Jr., an IOC and the chairman of the body’s panel overseeing preparations for Beijing.

Chinese innovation to develop vaccines and help secure the health of the Tokyo Games has also drawn attention to its regional rival’s relatively slow vaccination rollout. Vaccination in Japan began in February with health workers prioritized.

“At the moment, vaccines are being inoculated to health care workers and from April elderly (people’s) vaccination will begin,” Tokyo Olympic chief executive Toshiro Muto said through an interpreter.

Bach said the agreement with China would help fulfil promises to Olympic organizers and competitors that the games in Tokyo will be staged safely.

He said the project was “our demonstration of solidarity with the Japanese people for whom we have such high respect and whom we hold in such high regard.”

Heading off longstanding concerns that athletes might jump the line to get vaccinated, Bach said extra doses for the general public will be given to countries taking part in the program.

“The IOC will pay for two doses more, which can be made available for the population in the respective country according to their needs,” Bach said.

Distribution will be through international agencies or existing vaccine agreements countries have with China, Bach said.

China, where the COVID-19 outbreak emerged in late 2019, has actively engaged in vaccine diplomacy, using doses developed by Sinovac and Sinopharm.

Research by The Associated Press this month showed China has pledged about a half billion doses of its vaccines to more than 45 countries.