Delta solution to farm mansions should be followed, says Steves

That’s what longtime farmer and Richmond council member Harold Steves has to say as his city continues to grapple with what to do about the problem.

“When the big houses first started appearing, Metro Vancouver asked the province to close the loophole that allowed them. The agriculture ministry adopted guidelines but refused to enact them. Adopting the guidelines was left to local governments who have struggled with realtors, speculators and owners who have managed to subvert much of the ALR in Metro Vancouver to mansions and blueberries. That's a loophole that must be closed,” he said.

Metro Vancouver staff, meanwhile, are recommending the regional board ask the province to restrict house sizes and residential footprints on agricultural land, suggesting a list of guiding principles and priority actions.  B.C. Minister of Agriculture Lana Popham has already said she expects the independent committee appointed earlier year to review the ALR will forward policy recommendations on farmland house sizes. 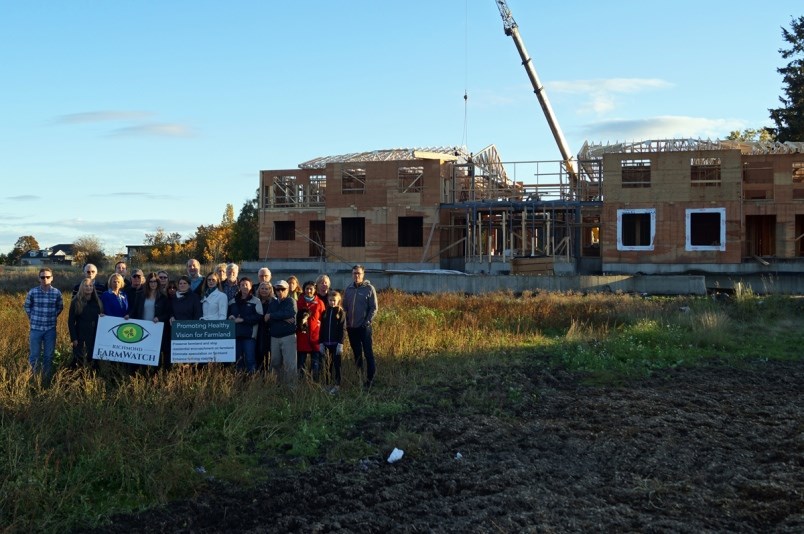 In 2006, Delta took the lead to prevent speculators and would-be mansion owners from purchasing farmland as a cheap place to build huge homes, limiting house sizes and defining a farm "home plate" on agricultural properties.

Delta has taken a number of other measures over the years to protect farmland, including maintaining its policy to generally not permit lot splitting because smaller parcels are viewed as less viable.

Despite Delta’s lead, the issue remains a hot one in Richmond where the average house size in the ALR reached a staggering 12,583-square-feet in 2015. In 2010, that city attempted to restrict house sizes but council backed away after opposition from land owners and developers.

Last year Richmond gave it another go, but didn’t go along with the Ministry of Agriculture’s recommended guidelines for a maximum house size of a little over 5,000 square feet, instead allowing homes twice that size. That drew the ire of the group Richmond Farm Watch and other concerned residents.

Steves, noting his council debated the issue a couple of weeks ago,  said when the ALR was founded in 1973, house construction was monitored by the ALR. Farmhouses were modest in size, including houses for extended families working on the farm, but nobody anticipated that farmland would be used to build mansions for non-farmers.

In Delta, Coun. Ian Paton and several members of his city council have openly wondered why the controversy continues in Richmond when Delta has already shown what can be done.

“I’m proud of Delta’s record on quickly adopting the bylaw standards for home sizes on the ALR. My fellow MLAs in Richmond recently called on the Richmond council to follow provincial guidelines. The final decision rests with Richmond council, but I support my colleagues’ desire for Richmond to adopt those guidelines,” he said.