Pavel Lalev, a Manager with Green Inspiration BC, is celebrating. His company operates bins that collect used clothing and shoes, diverting textile waste from landfills with proceeds going towards various charity organizations. 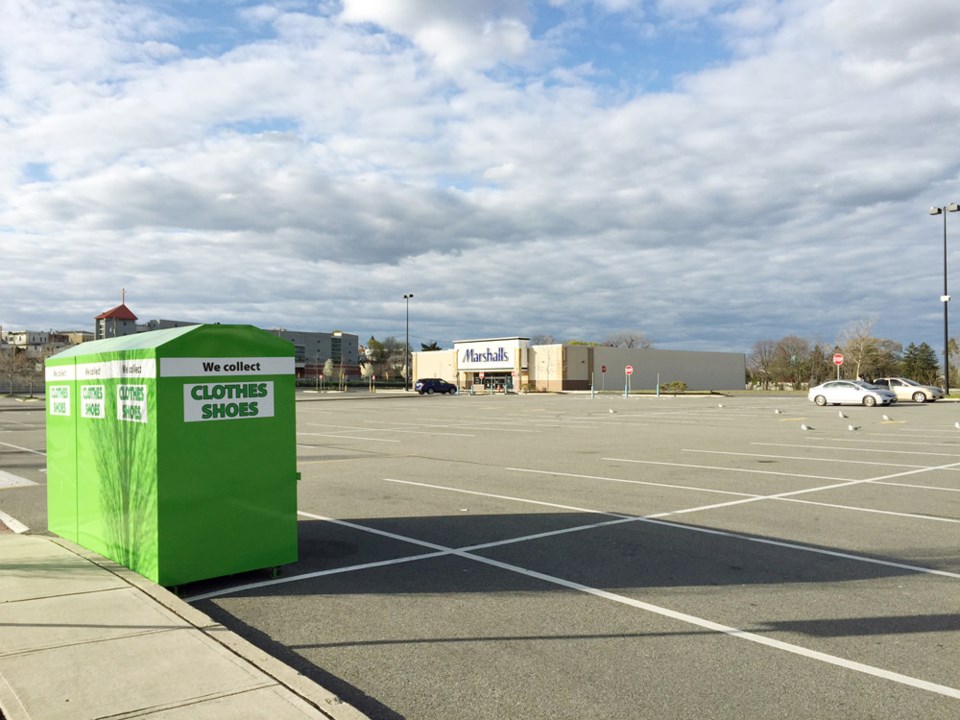 Pavel Lalev, a Manager with Green Inspiration BC, is celebrating. His company operates bins that collect used clothing and shoes, diverting textile waste from landfills with proceeds going towards various charity organizations. He is celebrating, because after years of work, Green Inspiration BC has managed to brainstorm a version of the bins that is completely safe, and unable to be broken into.

You may have seen them in the news lately – the large metallic bins designed to collect textiles and shoes under fire. Headlines deemed them potentially unsafe after the tragic case in late December 2018 where a woman got trapped in a bin in the Lower Mainland. While Lalev is quick to point out that the bin concerned in that particular incident belonged to a different company and as such had a different design, the team has always worked on ensuring the safety and security of people interacting with the bins.

Lalev says that many people in precarious financial situations were constantly trying to break into the bins to access the contents for resale or personal use. Not only was it a safety concern, it was also an eyesore in otherwise well-maintained space. On top of that, the organizations, which benefit from the collected textiles, were missing out on valuable contributions from the company because of the loss of income.

"It was a real problem," he says. "We have been through at least five to six iterations and different improvements, reworking the locking mechanism, the chutes, all the different parts." Eventually, the company started working with California manufacturer Securr and came up with a design that makes it impossible for a person to climb into the bin or become trapped within the chute mechanism. City of Delta has already approved it and allowed Green Inspiration to put the bins back on their sites.

The clothing collected by the bins is transferred to sorting companies, which resell the clothes in reusable condition to second-hand stores. Items which aren't in good shape are turned into the stuffing for car seats, rags, and other uses. Lalev is pleased, because a large sum of the profits benefits local charities, like the BC Yukon Royal Canadian Legion and the Boys & Girls Club of South Coast BC.

"It makes me happy to work here," he says, "because the Legion is the biggest veteran's organization in the country, and the Boys & Girls Clubs host many after-school programs, and fund a summer camp for kids who wouldn't be able to afford to go otherwise. It's good work."