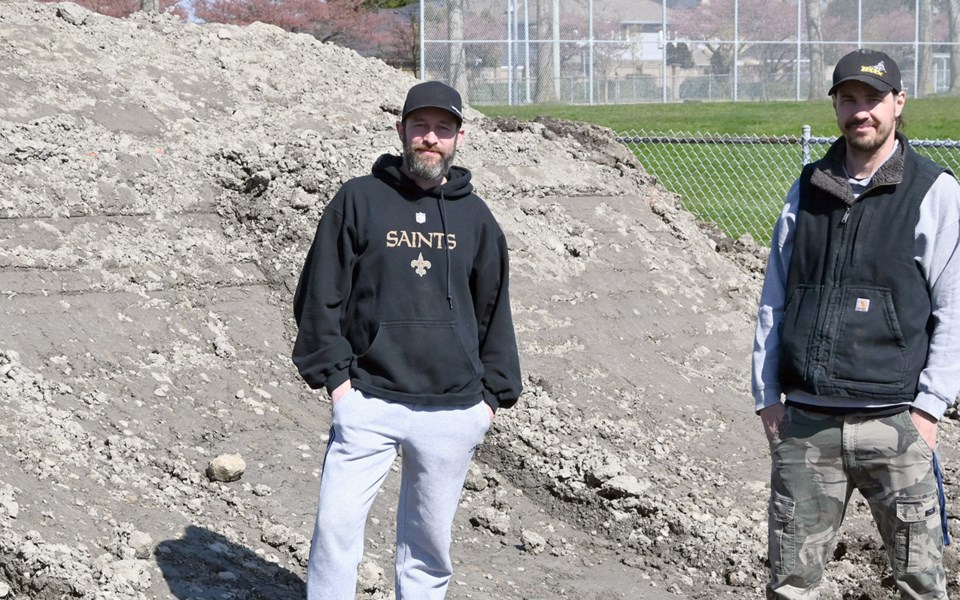 A significant renovation project is underway at the Holly Park Pump Track in East Ladner.

It was last summer when Elliot Graham reached out to the City of Delta with the idea of providing the seven-year-old bike circuit a much-needed makeover.

His two children, ages six and nine, are active in racing out of Action BMX in Surrey.

“This facility just hadn’t been maintained,” said Graham. “It was overgrown and needed to be refurbished. My first train of thought was to just give it a refurbish because we travel out to Surrey a lot.”

The city embraced the idea and offered materials, ranging from soil to drainage. Graham then brought Action BMX president Jason McCormick onboard who also happens to be a Ladner resident. He suggested the project could be much more, making it “bigger and better.”

Through McCormick’s connections, the pair brought in BMX national team coach Adam Muys, who has experience in designing and constructing tracks. Thanks to a consulting fee from the city and a flexible coaching schedule, the Maple Ridge resident is putting his stamp on the new-look park.

“We knew we were in good hands with Adam,” added Graham. “The idea is to build a park that is ridable for everybody. There will be four sets: the main one, a pump track, a kids’ track for striders and beginners, and a path that will take you around the entire park.”

Thanks to the generosity of Double-R Rentals, the trio have been busy with excavators building jumps and shaping the various circuits. Mother Nature will have a major say on how fast the new park will open, however.

“We rely on good weather to get it massaged in the right places. The soil was really wet so we need it to dry out and cure,” said Muys. “It’s great to see the City of Delta is really onboard with this. It’s a major re-fresh here and it will hopefully spark more interest. I’m hoping it will good enough that I will want to come out here and ride.”

Graham added drainage is a big thing in how long the track will be ridable into the fall and winter, especially with Ladner at sea level. The new set-up is being built on top of the old circuit which is at least raising the elevation. Ideally, asphalt would be installed in many areas.

That has resulted in a fundraiser to enhance the project. Graham says enough funds are already in place to install about 2,000 square feet of pavement.