Georgia Jacobsen placed third in the 2021 Clip competition put on by the Canadian Association of Immersion Professionals
Jul 3, 2021 10:30 AM By: Dani Penaloza/Contributing Writer 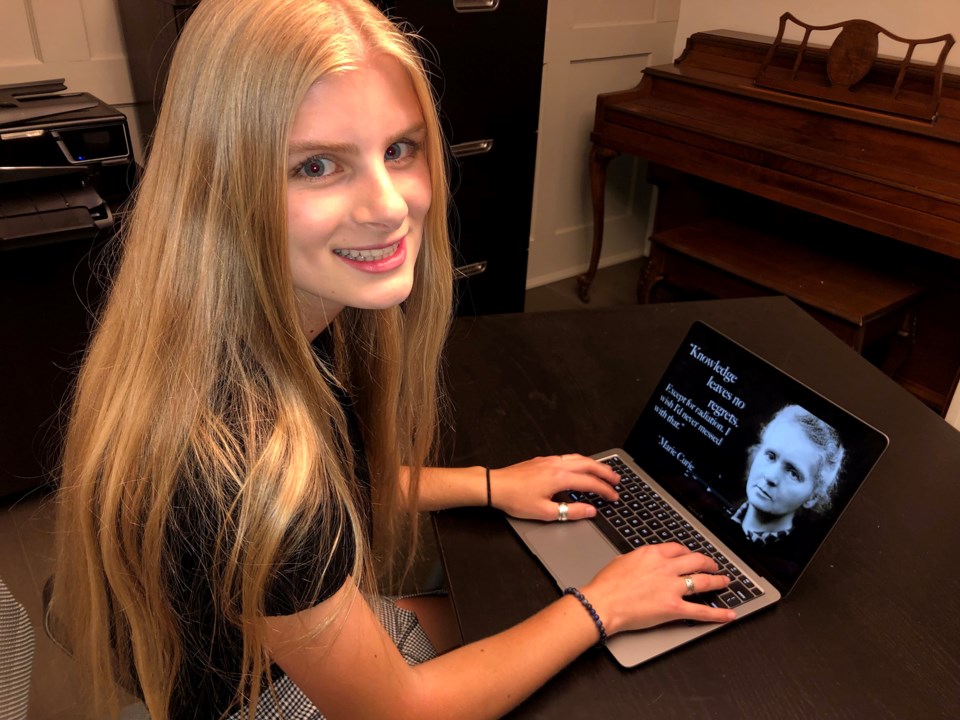 South Delta Secondary French immersion student Georgia Jacobsen says she was absolutely shocked when she got an email announcing she had won a $4,000 scholarship.

She laughs that she had nearly forgotten about the whole project because she had finished her video on the Noble Prize-winning physicist Marie Curie back in January.

“I find her to be very inspirational, as she is the first woman to win a Noble Prize and she broke down a gender barrier in the field of sciences. I found that really inspirational to young women, in particular,” says Jacobsen, who just finished Grade 10.

Put on by L’Association canadienne des professionnels de l’immersion (ACPI), the 2021 Clip competition aimed to promote student creativity and encourage learners to continue studying French when they move onto post-secondary.

The scholarships given to the 19 winners are to be used at one of the four participating universities that offer French-based programs including the University of Ottawa, Université Sainte-Anne, Saint Paul University and York University.

“It’s quite an honor. I’m not sure what I want to do for university, but to have this opportunity is super exciting for me, and I’d love the chance to go study in one of these places,” she adds.

Among the 19 high school students who placed in the competition, Jacobsen was one of the only two students from B.C.

Jacobsen would like to thank her French teacher, madame Turgeon, who she has had since Grade 8.

“She’s stuck with me through it all,” she laughs.

Jacobsen says that she started French Immersion in Grade 6 and went into the program as a “spur of the moment thing.”

After discovering that her elementary school had one French immersion spot left, she jumped at the opportunity.