Tsawwassen’s Hannah Everett starring in Theatre in the Country production

There’s something very special about sharing a space with a live audience – as opposed to four cameras – while performing on the stage, says Hannah Everett.
Jul 15, 2021 1:00 PM By: Dani Penaloza/Contributing Writer 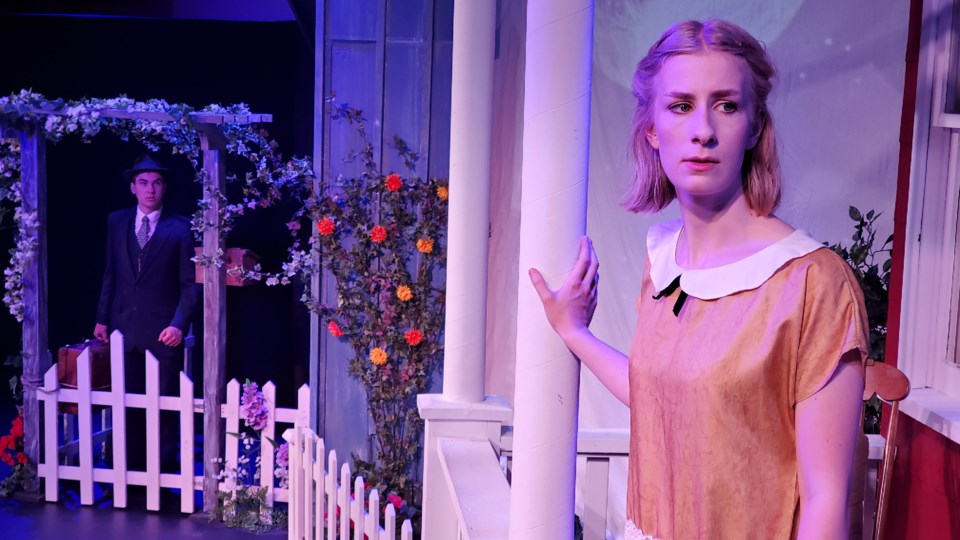 Tsawwassen-roots actor Hannah Everett will be starring alongside Tyler Boe in Theatre in the Country’s upcoming production of Salt-Water Moon.Hannah Everett/Submitted

There’s something very special about sharing a space with a live audience – as opposed to four cameras – while performing on the stage, says Hannah Everett.

The South Delta Secondary grad and theatre star will be playing the role of Mary Snow in Theatre in the Country’s upcoming production of Salt-Water Moon, a two-person play by David French.

“It’s such a privilege to be able to perform on stage again. I certainly missed it. And I think, especially with the pandemic, we’ve realized how much we turn to art in times of need as individuals, but also to bring us together as a community,” says Everett.

Back in February, TIC presented the play to audiences via a livestream, but this time around, they are returning to the magic of in-person theatre from July 15 to 24.

Salt-Water Moon is a teenage love story that takes place in 1926 Newfoundland, where ex-lovers Mary Snow and Jacob Mercer have one night to decide what their future could hold.

Even though the event takes place nearly a whole century in the past, the themes that the play covers remain relevant in today’s modernized world, she says.

“It’s young love, it’s heartbreak and, ultimately, it’s about perseverance of the heart despite hardship – and I think everyone can relate to that. I think it’s a great show on the tail-end of the pandemic to bring people closer together and reminds us all that we’re all just looking for connection,” says Everett.

This will be the first live performance put on by Theatre in the Country since February of 2020 that will host an audience of more than 50 people.

And though TIC’s capacity is more than 400, they are limiting their seats to 109 to try to make sure audience members feel safe and comfortable while attending.

To purchase your tickets to Salt-Water Moon, head to Theatre in the Country’s website at www.theatreinthecountry.com.