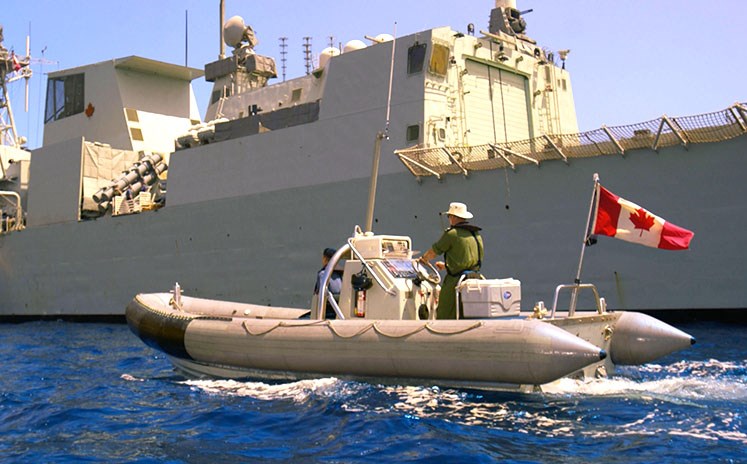 A Tilbury business has been awarded a multi-million dollar Department of National Defence (DND) contract that will provide full-time jobs for as many as 10 employees for at least the next six years.

Following an open and competitive process, Public Services and Procurement Canada has awarded a $16.5-million contract to Zodiac Hurricane Technologies Inc. for inspection, repair and overhaul work, on an as-required basis, on inflatable rubber boats and rigid (hull) inflatable boats.

“Zodiac Hurricane has supported DND for more than 20 years. Winning this contract is the recognition of our expertise in maintaining the DND fleet of inflatables and Rigid Inflatables Boats,” said Zodiac Hurricane president and general manager Jean-Jacques Arignon. “We are considered an ‘essential services’ company because of our contracts with DND.

“It comes without saying that it generates a lot of pressure on our organization to answer all DND demands in this COVID-19 situation. This award is a great achievement for Zodiac Hurricane and our partners in Canada, and it recognizes the effort of the whole team in Tilbury.”

Inflatable boats provide a critical operational capability to all elements of the Canadian Armed Forces. They are used to support a wide range of missions, including search and rescue, dive support, fishery patrols, boarding party operations, and the transfer of personnel and equipment.

The essential maintenance and support services provided by this contract will ensure the CAF’s fleet of inflatable boats remains capable of meeting current and future operational demands.