Projections usually enhance the character of buildings without adding to floor space
Jun 1, 2021 9:01 AM By: Sandor Gyarmati 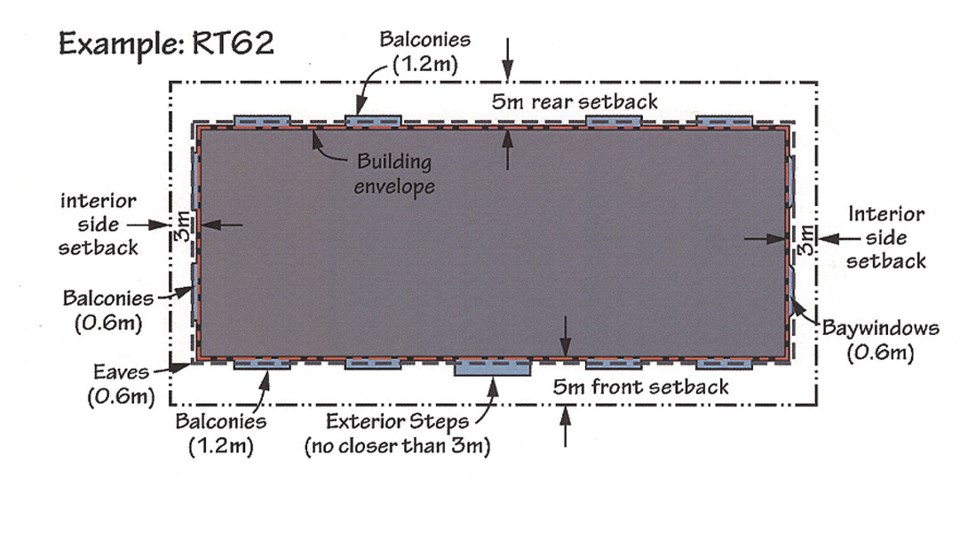 Planning staff note the proposed Delta projections for townhouses and condos would be a ‘middle ground’ compared to projection allowances in other municipalities.City of Delta report

The City of Delta could be allowing zoning changes when it comes to the permitted designs of new townhouse and condo projects.

Planning staff at a recent council workshop explained potential new allowances for projections, coming up with draft recommendations which include permitted projections ranging from two feet to four feet in most cases, depending on the property setbacks.

The new rules would be similar to those now permitted for single-family homes and duplexes.

Projections include such features as balconies and porches, eaves and gutters, chimneys, bay windows and unenclosed decks.

A staff report notes there are currently no provisions for projections in multi-family zones.

Delta staff came up with the proposed new allowances after reviewing rules in other municipalities as well as Delta projects that have already been approved and built.

“Generally speaking, while neighbouring municipalities differ in their setback requirements, a projection allowance of between 0.6 m (2 ft) and 1.2 m (3.9 ft) is fairly standard throughout the region depending on the type of projection and where on the lot line it is located. Permitted projections in recently approved Delta projects range from 0.5 m (2 ft) and 1.5 m (5 ft) generally with projections up to 2.4 m (8 ft) and a 0 lot line in some cases for landscape structures and underbuilding parking,” the report notes.

The proposed new rules will go to the Mayor’s Housing Task Force on Building Permits and Development Applications for comment before going to council and then a public hearing.