The money raised by the students in the cheeky fundraiser was for new books for the school library, which had been heavily damaged in a fire
Apr 19, 2021 7:00 PM By: Sandor Gyarmati 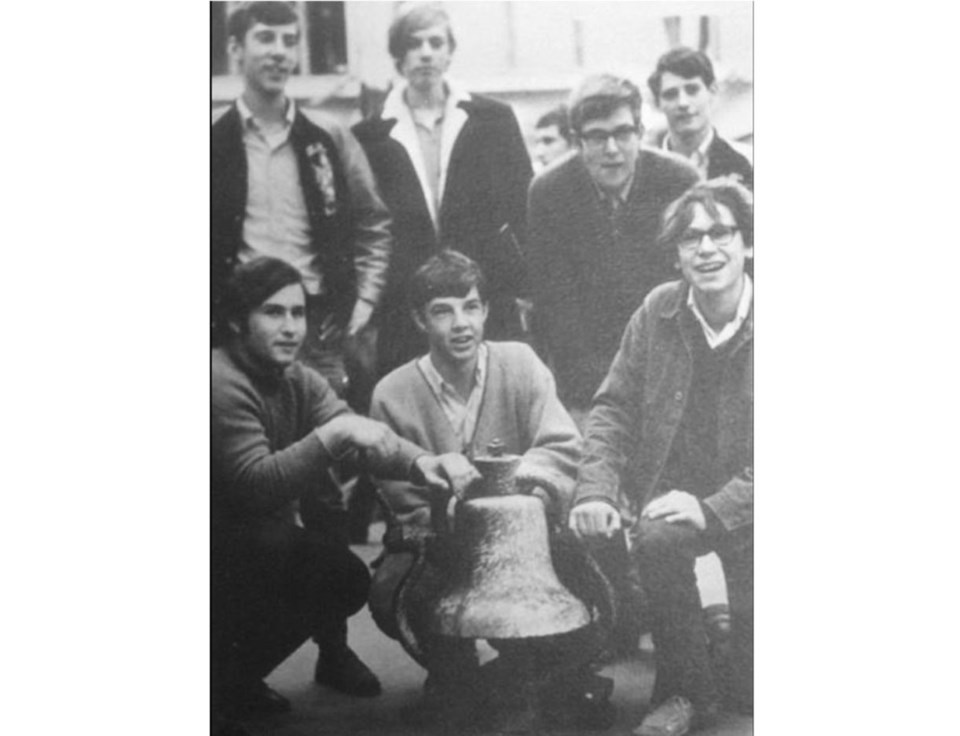 The bell taken from DSS in 1969.Delta Optimist file

Let’s take a step back to yesteryear.

Ladner was abuzz in the 1969 with the “kidnapping” of the school bell from Delta Secondary.

The bell was once used on the steam locomotive that ran from Surrey to Port Guichon and later at Central School from 1926 until 1938.

It was in storage in the DSS attic waiting to be donated to the Delta Historical Society, so it could be rung by Premier W.A.C. Bennett at the opening of the new Delta Museum in Ladner Village.

It was discovered missing and in its place was a ransom note from the members of "Operation Stopgap" demanding funds to purchase new textbooks to replace books lost in a big school fire in September of that year.

Then principal Gordon Rogers sighed he was glad the bell theft was not a real act of vandalism, but wondered how the students removed the heavy object.

The Delta Optimist reported the school board had delayed transfer of the bell to the museum because it was believed "the efforts of several men" would be required to safely remove it from its perch in the attic.

The stolen bell was stored in the barn of Ian Paton Sr.

The ransom was paid.