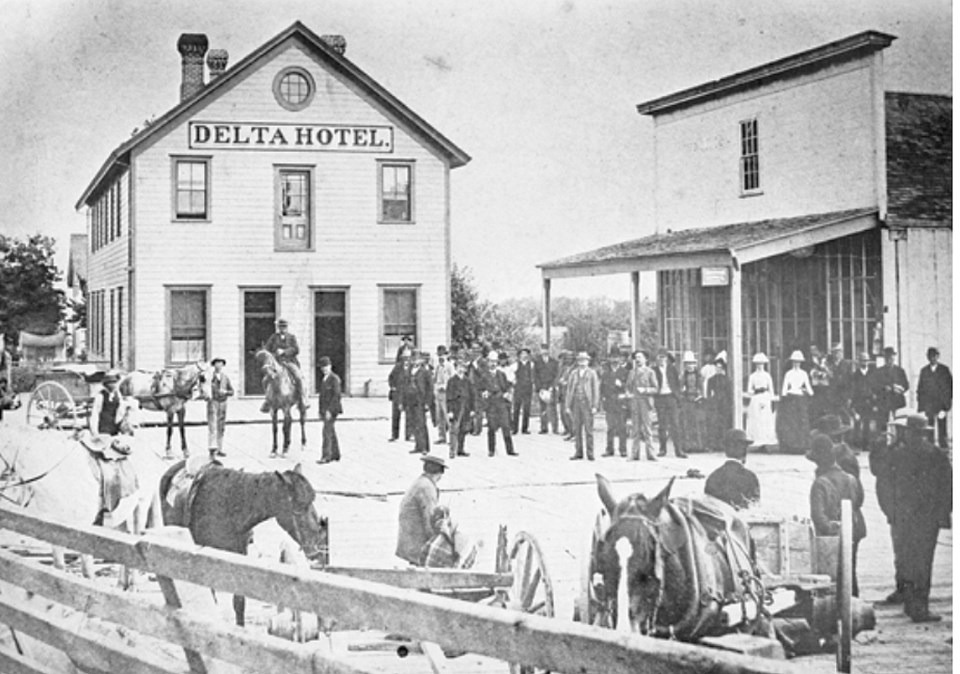 An 1885 photo of the Delta Hotel and the McNeely Store at the corner of Elliot and Chisholm Streets. Delta Archives

There’s been many ideas on revitalizing Ladner Village and its harbour over the decades.

In 1980, a team of 25 UBC architecture students came up with a series of recommendations in a plan that would capture the essence of Ladner as a fishing and farming community and build around that theme.

Their study was sponsored by the Ladner Business Association.

The study stressed the importance of retaining and building on Ladner’s history.

“If you ignore the history then there’s not much of a future,” said one of the students.

“Reinforce the history as a theme for redevelopment.”

One of their first observations was that “Ladner definitely has an image. It has history, character, and compactness and is a homey, friendly place.”

Professor Raymond Burton addressed the LBA, saying the area has "unique environmental qualities" like fishing, farming and retailing opportunities that "could attract people from all over the Greater Vancouver area."

The study also recommended enhancing the waterfront, one of Ladner’s greatest assets, with a fisherman’s market, restaurants and moorage for pleasure boats.

Delta council that year had already agreed to have municipal staff prepare a development plan for downtown Ladner and the Ladner Development Committee explored several themes.

There would be other studies and ideas floated over the subsequent years including recommendations from the Downtown Ladner Waterfront Redevelopment Advisory Committee in 2009.

That committee was formed with a mandate of devising a strategy to make Ladner Harbour and Chisholm Street attractive destinations.

It met numerous times to come up with a strategy, also meeting with property owners to see what can be done "to achieve a vibrant, people-oriented environment, with strong linkages to the waterfront reflecting and celebrating the historical roots of the community."

Municipal officials throughout insisted they didn’t want to see a vision that would only end up being another document collecting dust on a shelf.

Fast forward to 2021 and the city is currently undertaking another Official Community Plan review for the area as well as the Ladner Waterfront Redevelopment Strategy.

Both initiatives are the result of recommendations by the Ladner Village Renewal Advisory Committee in its final 2020 report to council.

The committee came up with 35 recommendations, 15 of which have been identified as high priority actions to encourage a varied range of housing through smart densification, activate the waterfront for commercial development and public access, as well as support business sustainability through increased vibrancy.

One of the biggest issue the committee identified is a need to increase density and heights to allow more residential uses.