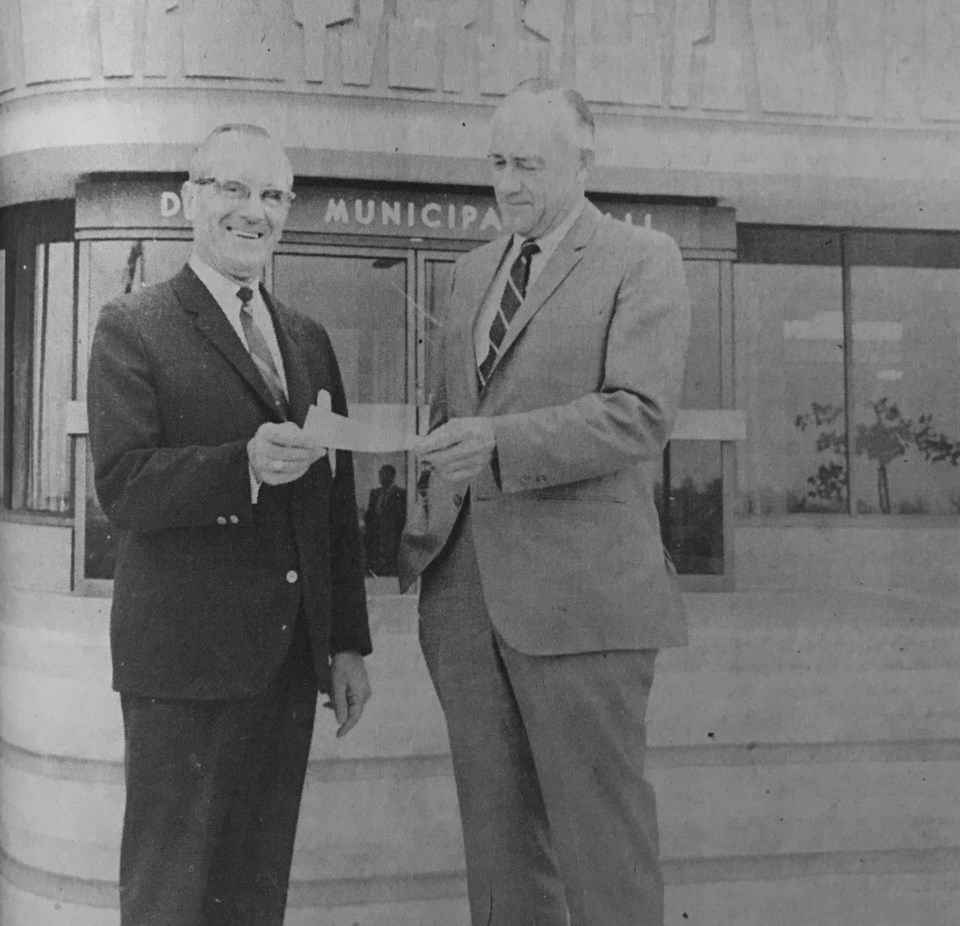 Let’s head back to September 1969 when Mayor Dugald Morrison received what was considered a handsome cheque at the time from the B.C. Harbours Board.

The $68,797 cheque was a grant in lieu of taxes for the new superport lands at Roberts Bank.

Morrison promised the money would be put to good use.

Fast forward a few decades and the harbours board is long gone.

The province has also long restricted municipalities' ability to set property tax rates for ports they host after a successful lobby effort by the Port of Vancouver, which claimed municipal taxes impacted port competitiveness.

Former Delta finance director Karl Preuss in a 2019 interview said there had not been much of a difference between the city tax rate and annual payment rate set by the province, so Delta hasn’t lost much.

He said Delta in 2018 received around $400,000 in payment in lieu of taxes that were applicable only to vacant port lands.

When port properties are occupied by a third party, the tenants pay a tax rate capped by the province. In 2019, Delta expected to receive $5.6 million.

The finance department hasn’t worked out yet what Delta might receive in taxes if the port authority’s proposed Terminal 2 is built, added Preuss.