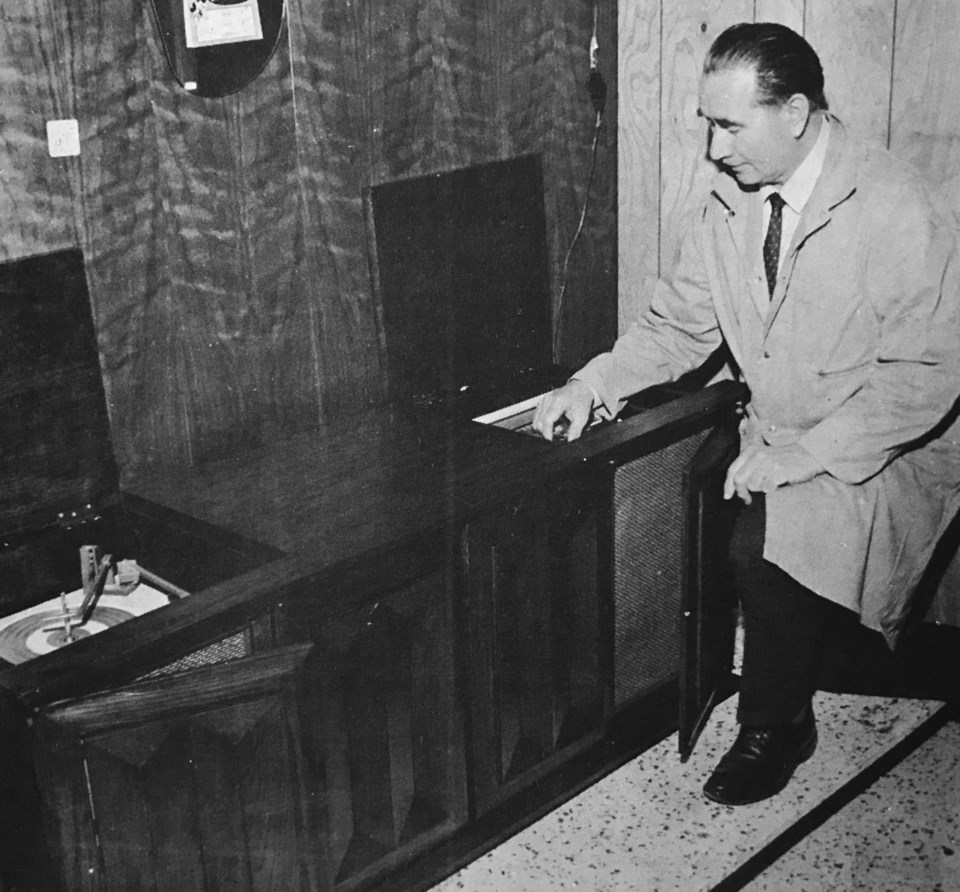 If you’re of a certain vintage, you probably had one or knew someone who owned of these in their home.

Saying “the average guy can do it,” the Beach Grove resident built his entertainment cabinet in his spare time. It took about 60 hours.

The total cost of the components, not including the radio and record player, was about $100.

Ball said a similar unit would sell for $1,200 retail.

His unit didn’t include a built-in TV set, though.