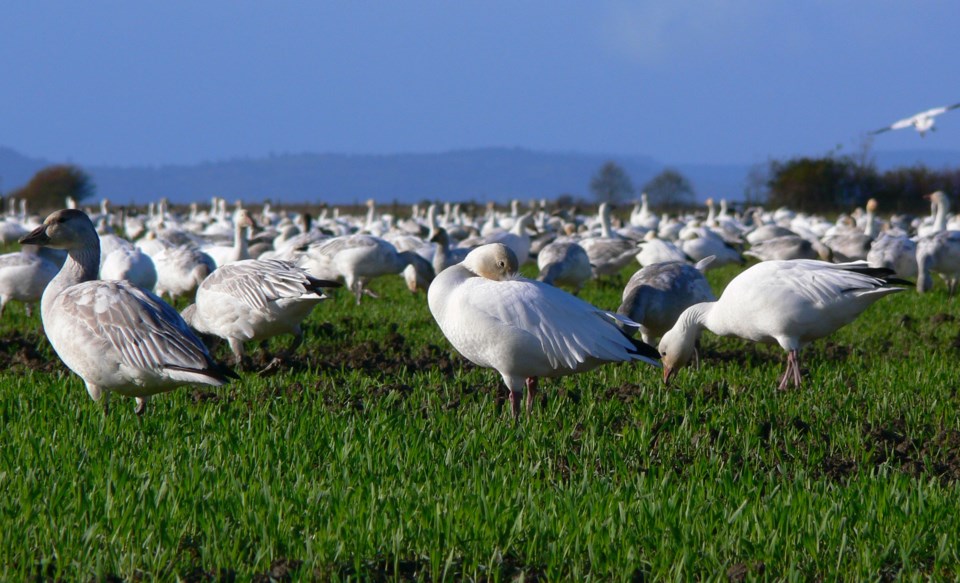 A DFWT study supported the high value of winter cover cropped fields for overwintering waterfowl in the Fraser River delta. High levels of grazing were evident throughout Delta and south Richmond, across all types of fields.Delta Optimist file

It’s been a good year for the Delta Farmland and Wildlife Trust.

In a recent update to the City of Delta’s Agricultural Advisory Committee, DFWT biologist Drew Bondar noted they had an above-average enrolment by local farmers in several programs this year, with approximately $490,000 in cost-share payments for the year.

The DFWT also planted a 190 metres hedgerow, consisting of 350 trees and shrubs.

Grassland set-asides, fields that have been temporary removed from production and seeded, contribute to soil conservation by improving soils for farming while at the same time providing wildlife habitat.

Since its inception over 27 years ago, the DFWT has also planted 14,000 trees and shrubs in 26 different hedgerows, totalling 10 kilometres in length.

It has also disbursed $8.5 million in cost-share payments, supported 82,000 acres in winter cover crops, 13,500 acres in grassland set asides, and there have been 8,500 acres of farmland that’s been laser-levelled.

Meanwhile, Bondar also told the committee that the duck and snow goose migration this year is having an impact on farms and marshland.