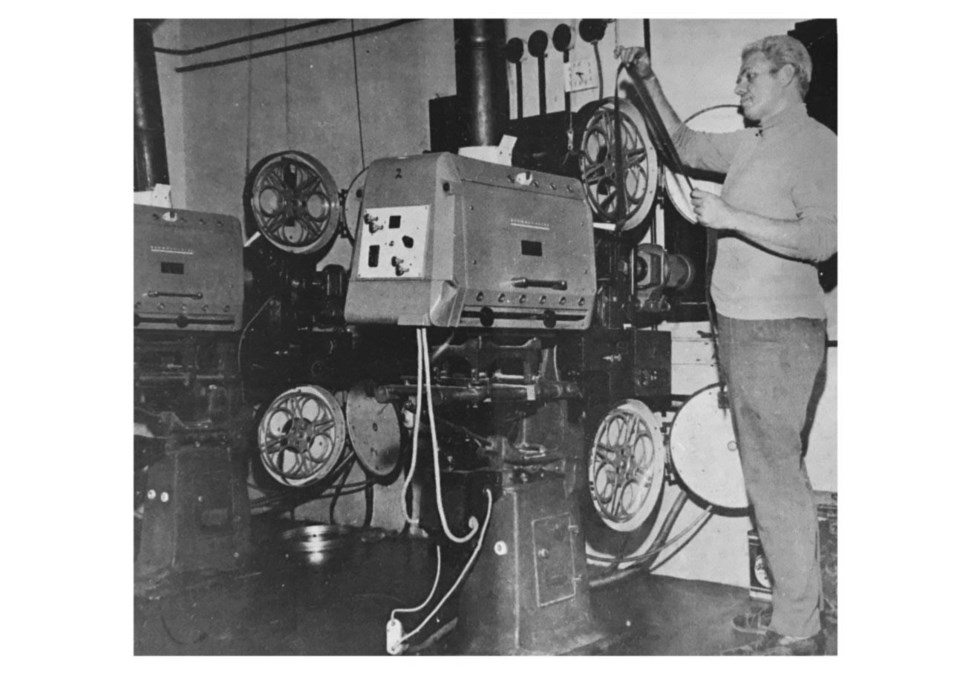 Let’s head back to the late February 1969 pages of the Delta Optimist to see the much-anticipated reopening of the Ladner Theatre, which had been closed for over six months.

Rod Bird, president of Bird Hydraulics in Vancouver, and Enns Loews leased the theatre for two years with a two-year option.

Movies hadn’t been shown in the theatre since the building was sold by Owen Bird, who was no relation to Rod Bird.

The city's only movie theatre at the time, the screen was to open six days a week, only closed Sundays. The theatre was refurbished with new paint and carpets.

The seating capacity of 199 would not be changed as several rows of seats had been removed to make room for a dance floor.

Restricted movies would “probably be confined” to Monday to Wednesday and family movies from Thursday to Saturday with a matinee Saturday afternoon.

The theatre was to open with a double bill, Snow White and the Seven Dwarfs and the Travelling Saleslady starring Phyllis Diller.

592
Here's what real estate prices look like in the City of Delta
546
Your credit report may be wrong; here’s what to do about it
507
B.C. premier throwing cold water on COVID-19 vaccine clinic for North Delta
501
Ladner Baseball hosting used equipment drive for start-up league in Mexico
452
East Ladner motel has been buzzing with filming activity