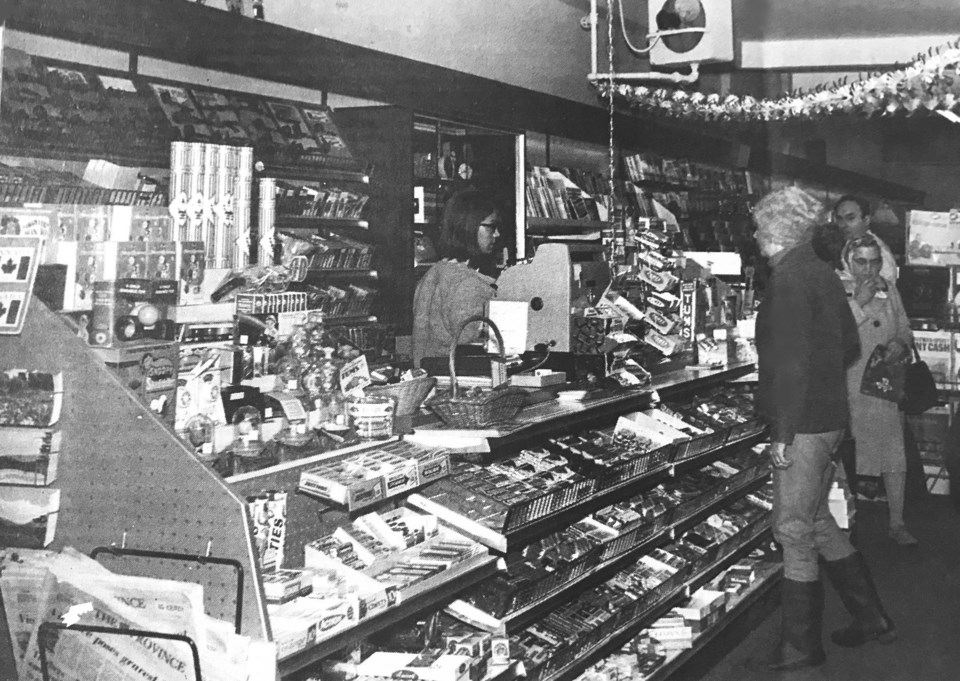 Let’s head back to the pages of the Delta Optimist in December 1969 and check out the newly renovated interior of Fisher’s Drug Store in downtown Ladner.

Offering a “wide line” of additional products and “smart” layout, the new interior reportedly “handsomely compliments the drug prescription service built up by the business in Ladner over many years.”

During that same time in 1969, municipal council also discussed the idea of regulating store hours for Delta businesses, rejecting the notion that had been brought forward by the regional district.

Council agreed the regulation of shop hours should also not be a function of the Greater Vancouver Regional District, and that “there appears to be genuine doubt municipalities should interfere in this area of the free enterprise system.”

The regional district board had asked Delta if it would favour such centralized authority.”