Plan to restore Ladner building to its original look 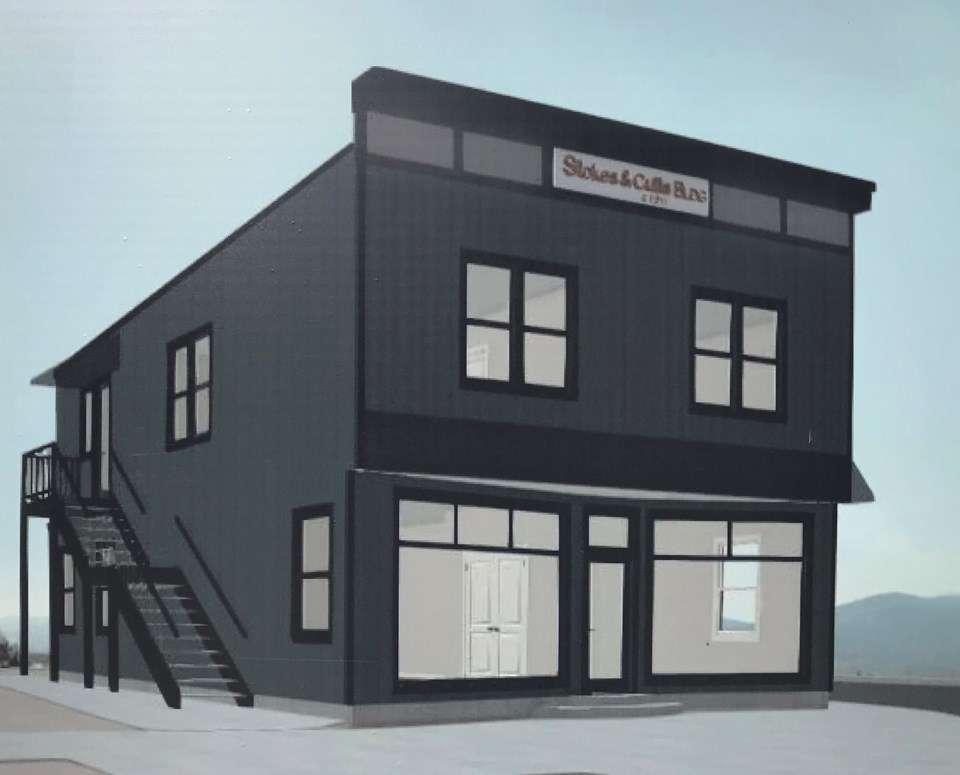 It’s hard to make out the original heritage structure with the vinyl siding and later addition to the building at the corner of 47A Avenue and Elliot Street. The application would see the structure returned to this original look.City of Delta report

A building in a prominent location in Ladner Village is to get renewed with its original look being restored.

The two-storey building will have the same look as the original butcher shop at the site.

Bob Stokes and his brother-in-law George W. Dowding operated the original Delta Meat Market from the late 1890s to 1902.

Stokes and Cullis also operated a feed lot and a slaughter house to supply meat for the shop.

The building would have various tenants including Ken Tancock's Delta Meat Market from 1946 to 1972.