They’ve taken a number of steps to protect biofilm and sandpipers at Roberts Bank as well as reduce the potential adverse effects of Terminal 2.
Jul 1, 2020 8:00 PM By: Sandor Gyarmati 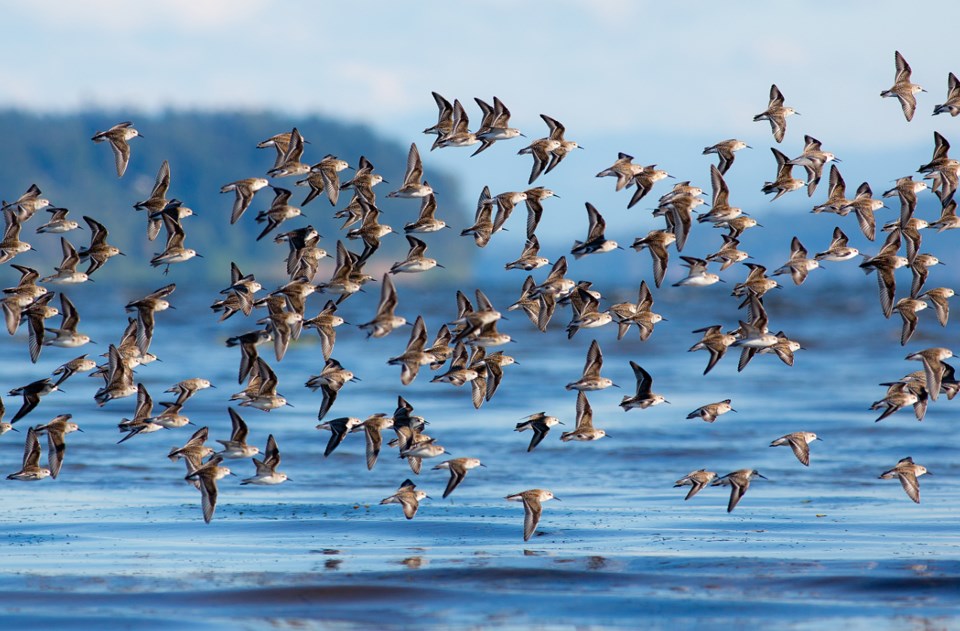 The port says that for the last eight years it has been engaging government scientists, academics, technical experts and a technical advisory group about western sandpipers and biofilm.Delta Optimist file

They’ve taken a number of steps to protect biofilm and sandpipers at Roberts Bank as well as reduce the potential adverse effects of Terminal 2.

That’s according to the Vancouver Fraser Port Authority, which examined the hotly contested topic of biofilm in latest newsletter on the T2 project, a proposed new three-berth container terminal that would be on a man-made island adjacent to the current port facility at Roberts Bank.

An independent review panel submitted its final report on the application and the federal government is to issue a decision on the project later this year.

The newsletter noted biofilm is one of the ecosystem components that drives the high productivity of Roberts Bank and that knowledge about it, and how it contributes to the western sandpiper’s diet, is relatively new to the scientific community.

“Early in the planning stages of the Roberts Bank Terminal 2 project, we kicked off a comprehensive environmental study program to better understand the relationship of biofilm to the western sandpiper, and minimize any potential environmental effects of the project,” the port notes.

“We recognize the importance and value of this food source to sandpipers, and we’ve taken a number of steps to protect biofilm and sandpipers at Roberts Bank and reduce the potential adverse effects form the project. We anticipate a direct loss of less than 0.1% of biofilm in the local assessment area encompassed by Roberts Bank due to the project footprint.”

The port outlined a number of measures to be undertaken including placing the terminal in deep waters and minimizing the width of the causeway to avoid sensitive intertidal habitat, including habitats that support biofilm, as well as undertaking comprehensive technical studies designed and led by experts to understand the potential effects of the project on shorebirds and their prey.

The port notes that since 2012 it has conducted 20 studies on western sandpiper and biofilm, including three years of additional study since the submission of the environmental impact statement in 2015.

The port also notes it is proposing a follow-up program to monitor any potential changes in the quality and quantity of biofilm and other western sandpiper prey because of the T2 project. 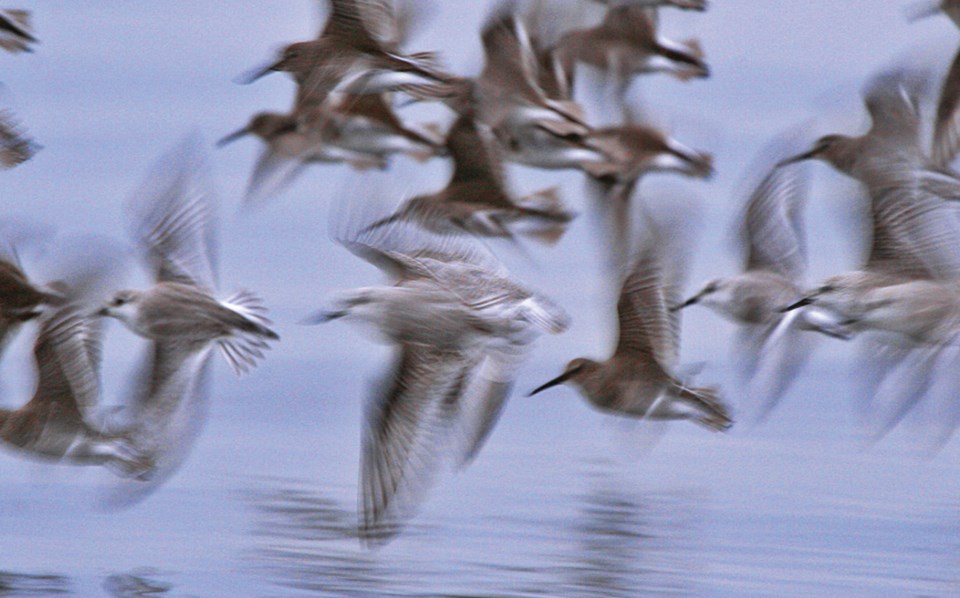 The port says it will work with government, Indigenous groups and other stakeholders to implement important recommendations, should they be made into conditions, to ensure the protection of western sandpipers and shorebirds at Roberts Bank

“We acknowledge the concerns brought forward by public and federal agencies and are committed to mitigating any adverse change that could occur as a result of the project,” the port states.

“In the Federal Review Panel Report, the independent review panel concluded that the project would not have an adverse effect on biofilm productivity. However, the panel did not have enough information with respect to fatty acid production in biofilm to conclude with reasonable confidence a potential effect on the western sandpiper. In their report, the review panel made recommendations to increase the knowledge of biofilm and factors affecting fatty acid production in biofilm.”

The port adds it has already engaged internationally renowned biofilm experts who have contributed to the development of a wealth of knowledge, and that the port is working with them to share it with other scientists.

“This year, we are supporting the development of a biofilm habitat construction manual which will be a first-of-its-kind. This guidance document will help explain how to restore, enhance, and create biofilm in environments where it can support wildlife.”

However, the group Fraser Voices has a very different view, recently submitting a detailed brief to Minister of Environment and Climate Change Jonathan Wilkinson, noting the project will be destructive to the critical habitat areas on Roberts Bank and adversely affect Fraser River fish, wildlife and people’s quality of life.

Otto Langer, chair of the Fraser Voices Society, in a letter to the minister wrote that the review panel failed to understand how the development was related to ecosystem functioning and the wellbeing of an overly stressed estuary and associated ecosystem.

“The Review Panel substituted wishful thinking for sound judgment based on the science and experience associated with the effectiveness of impact mitigation works. Despite correctly predicting significant impacts the Panel then assumed that hopeful and often unproven habitat, fishery, waterfowl, etc. mitigation measures could eliminate all impacts to acceptable insignificant impacts. This was truly non-scientific. The review Panel externalized many management functions, remedial measures, research and monitoring needs to other levels of government including DFO, ECCC, First Nations and the Province. This does not appear to be a valid way of having a proponent address project impacts. The ethics and legality of allowing this offloading to take place has to be questioned,” Langer explained.

Among their concerns is that dozens of small and some major impacts to the estuary and the Fraser River were ignored by the panel, Langer noted.

On the topic of biofilm, the society’s report to the minister notes the review panel’s conclusions do not properly consider the science that was provided by outside, government and public scientists, naturalists and fishers.

Also lobbying against T2, the Delta-based Against Port Expansion (APE) has been warning the Fraser estuary is a critical crossroads as millions of migrating birds converge on the mudflats, marshes and shallow tidal flats.

“The Fraser Delta has international significance for the entire world population of 3.6 million migrating Western Sandpipers as the Fraser Delta is one of their six major stopovers. Their survival depends on biofilm which is a nutrient-rich layer of microbes stuck to the mudflats of Roberts Bank,” APE states.