The purpose of the Crime Beat is to educate and inform the public about some of the property crime trends occurring in South Delta and other files of interest.
Nov 26, 2020 10:00 AM By: Delta Optimist 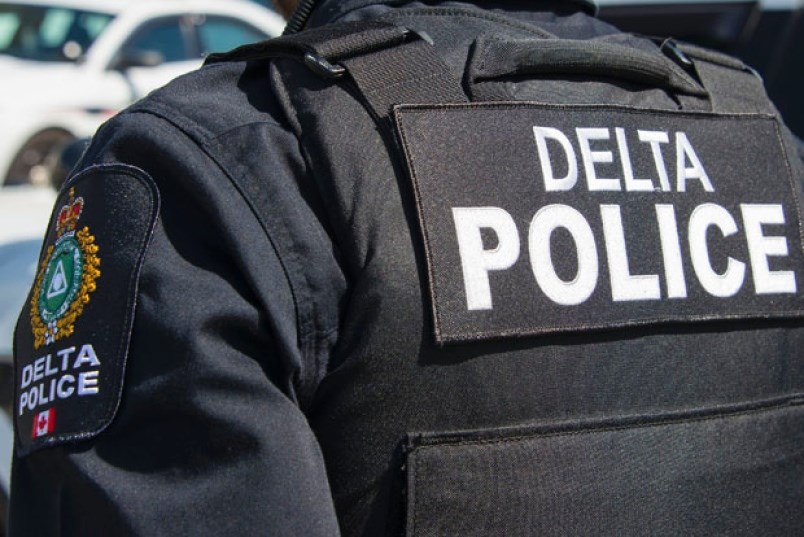 November 17th, 1:19 p.m., 5500 block 9th Ave: Complainant called police reporting a male setting up a tent and appeared to be camping in a park. The male stated he was from out of town to visit friends and would be returning in a couple days. Police advised the male that camping in a municipal park is against bylaws. Police provided information to the male regarding nearby shelters and camping at the nearby trailer park. The male was very cooperative with police and stated he would gather his belongings and find other accommodations.

November 20th, 11:31 p.m., 5000 block Canoe Pass Way: Mall security reported that the driver of a semi-tractor trailer was refusing to move despite no overnight parking. Police attended and met with the driver. The driver was cooperative and explained that he had parked in the parking lot before without issue. Further, the driver was now unable to move his tractor without violating his electronic and hand written logs after a long haul. Police advised that a precedent could not be set for other long haul trucks to park in the parking lot and that he would no longer be allowed to park overnight in the future. The driver was apologetic and agreed to move prior to the mall opening the next day.

On November 22nd, 2:14 p.m., 1800 block 56 St: A store manager reported a theft had occurred from his store when an employee reported that she believed a male had stolen perfume. The manager checked video surveillance, confirmed the theft and called police. The male was located by police at a nearby restaurant a short time later. The perfume was recovered and the other stolen property was returned to the store.

November 16th, 9:46 p.m., Ladner Trunk Rd Highway 17A: Police located a single motor vehicle incident. Witness stated that the vehicle was travelling on the highway and took the exit at a high rate of speed and lost control of the vehicle. This resulted in the vehicle crossing the center median and coming to a complete stop in a nearby field. The airbags had deployed and the driver received a minor injury. An Approved Screening Device demand was read, which resulted in the driver blowing a fail. The male requested a second test which resulted in another fail. A 90 Day initial roadside prohibition was issued and the vehicle was towed.

November 17th, 11:27 a.m., 2500 block Westham Island Road: Complainant called police reporting that his friend was in a small boat fishing, when the wind carried his boat to a muddy area resulting in it getting stuck. Police attended and located the male on a small island. Through the use of a translator the male stated he was uninjured and his boat undamaged but he was unable to dislodge it from the mud. The drone was deployed to maintain visual on the male and to check his wellbeing while he was stuck. The Coast Guard was called and while on route, the male was able to push his boat out of the mud and safely make it to shore.

November 17th, 11:51 a.m., 4800 block Ellis Lane: Complainant called to report seeing the front door at a local residence open and damaged. The complainant indicated that the residents did not appear to be home. Police attended and found the front door open with a broken door handle. Police cleared the residence and found the home vacant. Police contacted the tenant by phone and the tenant informed police that he was in the process of moving out with his family. The tenant indicated the front door was having issues and the strong wind likely blew it open. Police secured the residence for the tenant and informed him to check on the house as soon as possible.

November 20th, 2:13 p.m., Boundary Bay Dyke 72nd St: Complainant reported a male camping in the bushes. The complainant was running by when she heard the male yelling "nonsensical things". Police attended and spoke to the male who advised he is currently biking across Canada. The male stated that he would be continuing on in his travels within the following few hours.

1609
Letters: People of Delta should not pay this bill
444
Dolphins Swim Club getting national and provincial attention
364
City of Delta cruise ship terminal could depend on Massey Tunnel replacement
342
Letters: Why is the word “God” still part of our national anthem?
328
Letters: How does the Premier feel about travelling to get his vaccine?