A selection of files of interest for South Delta from Delta police
Jan 21, 2021 10:00 AM By: Delta police department 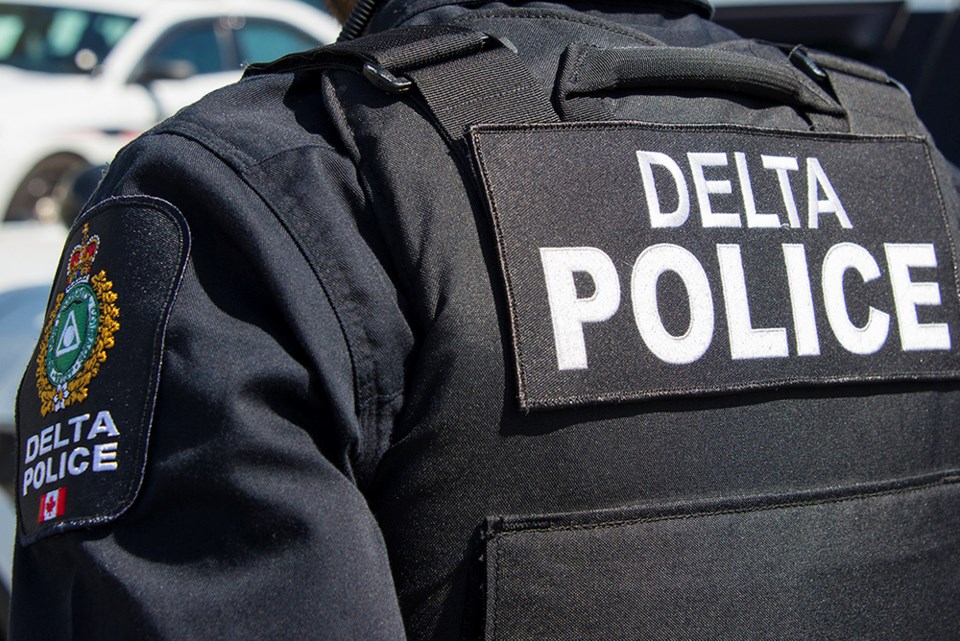 *Jan. 11, 12:52 p.m., 4900 block Canoe Pass Way: Police observed a vehicle pulled over beside a female that was laying on the ground and believed it was a pedestrian struck. Police spoke with the driver who advised the woman was not hit by a vehicle, but saw her laying on the ground so he stopped to help. The woman informed police that she was not injured. After discussion re safety, the woman left the area in a taxi back to her residence.

*Jan. 13, 10:03 a.m., 300 block 52 Street: Complainant reported that he believed that his fence had been kicked in by vandals. The complainant was certain that the damage to the fence was not a result of the recent windstorm. Police noted that the corner of the yard was very windy due to a wind tunnel formed by nearby trees. The fence was old, with two panels knocked over. As a severe windstorm took place during the night, and there was no evidence of criminality. Mother Nature was the likely culprit of damage.

*Jan. 16, 10:15 p.m., 700 block Gilchrist Drive: Complainant reported a group of five to six teenagers lighting off fireworks and playing loud music on the playground of a nearby school. Police attended and found the teenagers admittedly playing grounders on the playground. The youth were cooperative and agreed to keep the noise down and advised they would be heading out of the area.

*Jan. 17, 3:58 p.m., Tsawwassen Ferry Terminal: Complainant reported that three males were drinking while waiting in line to board the ferry. Police attended and located a male in the driver’s seat of the vehicle. Police read the male the Approved Screening Device demand, which resulted in a breath sample of "0". The male advised that another passenger in the vehicle had been drinking throughout the day, however he and the other passenger had not consumed alcohol. Police allowed the three men to board the ferry and provided them with a verbal warning that no liquor was to be consumed aboard the ship. The male advised he would take care of the passenger who had been drinking throughout the remainder of their trip home.

*Jan. 14, 9:04 a.m., 6200 block River Road: Police observed a vehicle with a blown apart rear driver’s side tire. The driver stated that a tow truck was on the way, but would be an hour and a half. Police offered to change the tire and soon learned the consequences of not lifting weights regularly during this pandemic. After police struggled, and successfully loosened the tire, the tow truck arrived on scene. The tow truck driver completed the tire change as police officer updated his gym membership. The driver thanked police and the tow truck company for the assistance and left without issue.

*Jan. 15, 9:35 p.m., 4500 block Deltaport Way: Police were conducting routine patrols in the area when they observed a vehicle driving with the registered owner having restrictions to display an official "N" sign. Police observed no sign displayed and initiated a traffic stop. The driver had an expired BC driver’s license since February, 2020, and explained that he was just dropping someone off at work and was going straight home. The driver was issued a violation ticket for not having a valid driver’s license and was advised by police of the additional consequences of driving with an expired driver’s license.

*Jan. 15, 11:19 p.m., 5400 block Grove Avenue: Complainant reported hearing a number of very hard knocks on the front door of his residence. The complainant believed the knocks sounded like they were fists and stated there was no one there. The complainant felt unsafe and requested police attend. Police spoke with two teenagers in the area on bikes who stated they did not knock on any doors. Police searched the surrounding area and observed nothing suspicious. Police believed the complainant was likely the victim of a “ding dong ditch” prank at the hands of the teenagers he spoke with due to fresh bicycle tracks on his front lawn. Police advised the complainant to lock his doors and call 911 if anything else happens.

*Jan. 17, 9:30 p.m., 11500 Highway 10: Complainant witnessed a vehicle hit a barrier and followed the vehicle to a close by gas station. Police arrived and observed the driver exiting the vehicle. While speaking with the male, police noted liquor on the driver’s breath and that he was unsteady on his feet. The driver advised he had consumed alcohol about one and a half hours ago. An Approved Screening Device demand was read, resulting in a fail.  A second test was declined by the driver. Police issued the driver a 90-day Immediate Roadside Prohibition and the vehicle was towed and was impounded for 30 days.