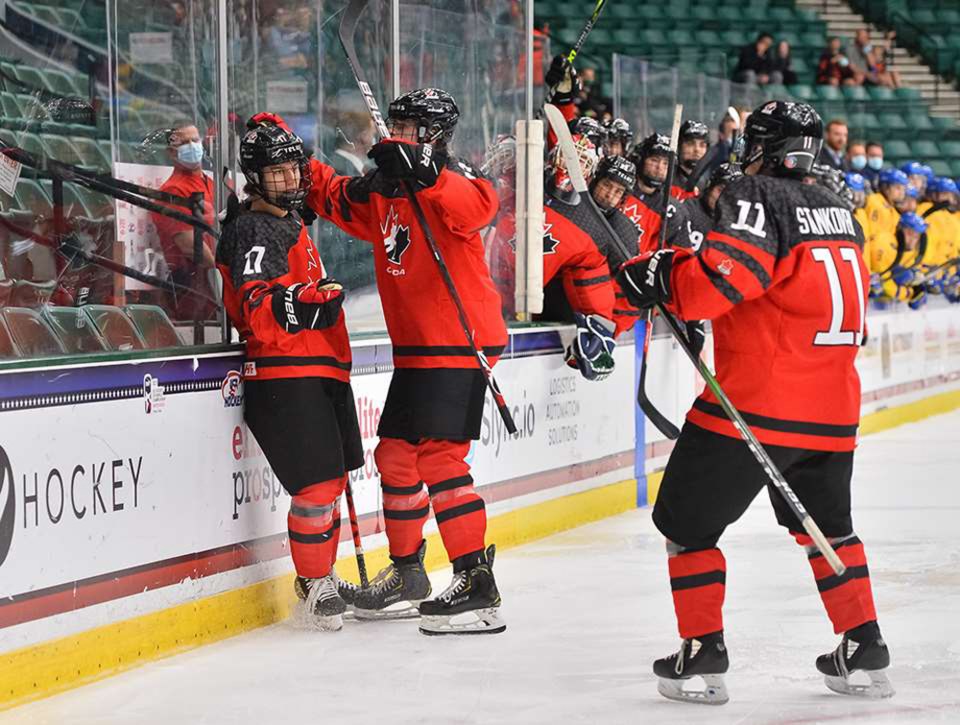 Connor Bedard (left) celebrates with teammates after scoring one of his three goals during an 8-1 win for Canada over Sweden in the semifinals of the IIHF U18 World Championships Wednesday, May 5 in Texas. Chris Tanouye and Ryan McCullough/HHOF-IIHF Images

North Vancouver 15-year-old hockey phenom Connor Bedard continues to show that no stage is too big for his prodigious talents.

On Wednesday, Bedard scored a hat trick to help lead Team Canada to an 8-1 win over Sweden in the semifinals of the IIHF U18 World Championships in Texas. That performance came two days after Bedard racked up five points in a 10-3 quarterfinal win over the Czech Republic.

Check out the skill on Bedard's second goal on Wednesday, a fantastic shot early in the third period that broke open a tight 2-1 game.

In total, Bedard has 12 points – six goals and six assists – through six games to sit third in points in the tournament and first on Team Canada.

The talented forward is more than a year and a half younger than all of his teammates, and only the third “double-underager” in team history behind John Tavares and Connor McDavid. This tournament is Bedard’s first turn playing internationally for Team Canada.

The Canadians will play Russia for gold tonight starting at 6 p.m. Pacific time. The game will be broadcast live on TSN.