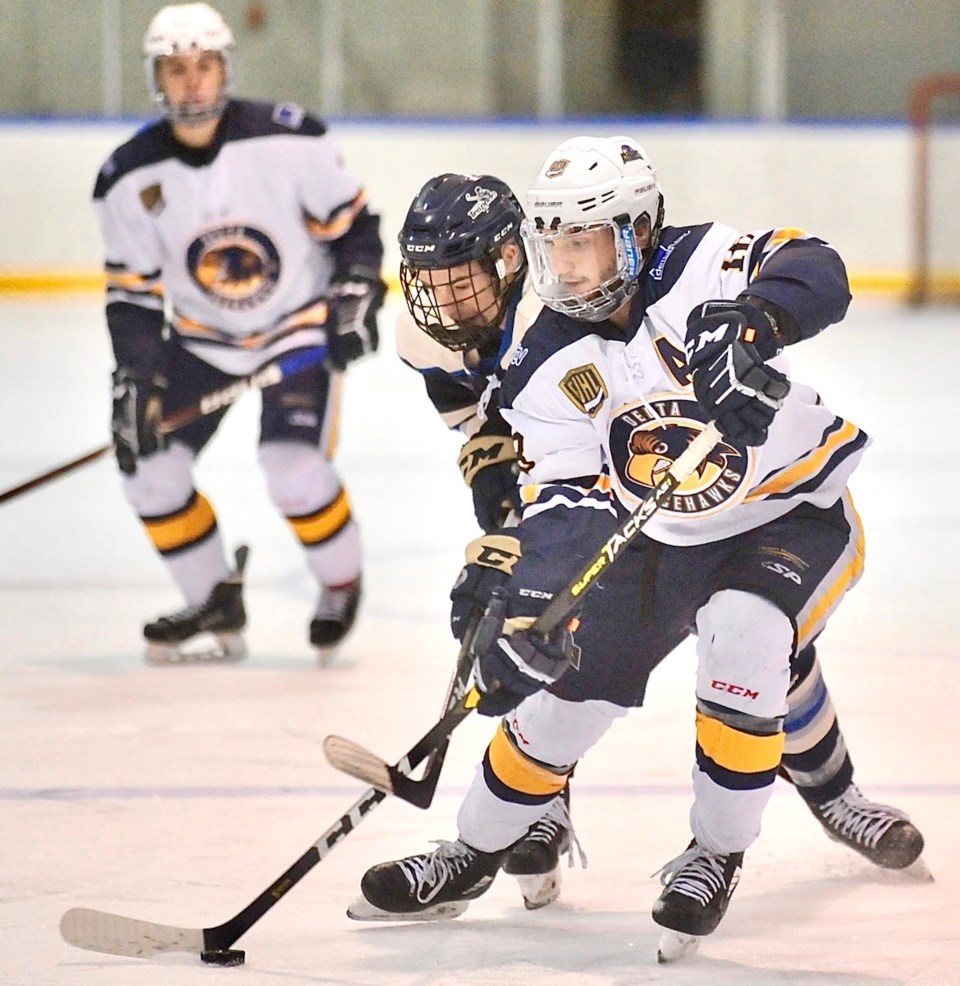 Daniel Rubin was fourth in league scoring in his fourth and final season with the Delta Ice Hawks.Mark Booth

A key member of the Delta Ice Hawks impressive run over the last three seasons will be continuing his career at the collegiate level.

Forward Daniel Rubin has signed with the Simon Fraser University Hockey program for the 2019-20 B.C. Intercollegiate Hockey League season. He has begun his second year studying criminology at the Burnaby Mountain campus.

The Richmond native produced 166 regular season points with the Delta Ice Hawks over four seasons with the team. In his final year of junior eligibility, he was fourth in league scoring with 66 points, including 29 goals.

“He had a lot of success with the Ice Hawks, he put up some good numbers over his years there,” says SFU head coach Mark Coletta. “A guy that should be able to contribute wherever he fits into the lineup.”

Rubin played a key role in the Ice Hawks’ playoff successes in 2017 and 2018, with the team earning first place in the Shaw Division in 2017 before falling in the PJHL finals, and earning the league title in 2018 and a silver medal in the Cyclone Taylor Cup.

He will see some familiar faces in the SFU line-up including former Richmond Sockeyes Arjun Badh, Matt Brown and Jacob Keremdscheiff. The latter two are also part of SFU’s recruiting class.

So is Ladner native Jordan Dawson who played in the B.C. Hockey League last season in Nanaimo after beginning his junior career with the WHL’s Edmonton Oil Kings.

The Ice Hawks opened their regular season on Tuesday night with a tight 2-0 loss at home to the Grandview Steelers. An empty net goal in the dying seconds sealed the outcome.

Delta travels to North Vancouver on Saturday to take on the defending champion Wolf Pack. Abbotsford visits Ladner on Tuesday at 7:35 p.m.